Morgan Schneiderlin will be hoping to return to Manchester United’s starting XI for the Premier League clash against Sunderland next week.

Man United will likely enjoy the lion’s share of possession at the Stadium of Light and Schneiderlin’s inclusion should give them more of an incisiveness.

Marouane Fellaini has been playing in midfield in recent weeks but the Belgian isn’t as assured on the ball as Schneiderlin: 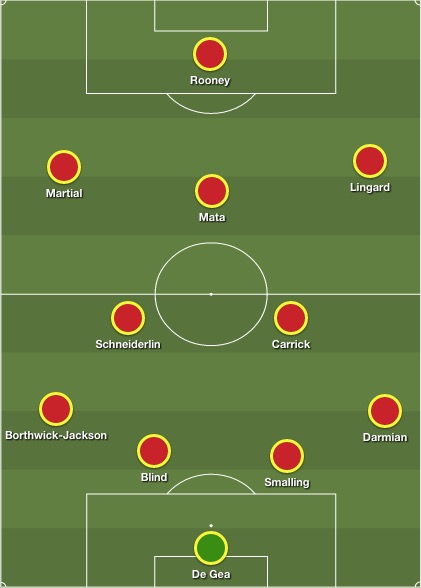 Elsewhere, Juan Mata will want to continue in the No.10 position following his excellent performance against Chelsea last time out.

The Spaniard has hit form for United and his creativity will be needed to unlock what will likely be a stubborn Sunderland defence.

United need to get back to winning ways after the 1-1 draw at Stamford Bridge on Sunday and Sunderland are in the midst of a relegation battle. Anything less than three points would be disastrous as United look to keep pace in the race to finish in the top four of the Premier League.