Manchester United’s squad numbers for the full team in this UEFA Europa League knock-out stages have been announced.

There are plenty of new faces in the squad including Welsh defender Regan Poole who was recently granted his international clearance, fellow defender Donald Love and goalkeeper Joel Castro Pereira.

Will Keane, Sean Goss, Axel Tuanzebe and Paddy McNair have all also been added to Man United’s B-list team. Other players can be registered into the squad at any time up to 24 hours before a game so long as they have been at the club for two or more years and were born after 1 January 1994. 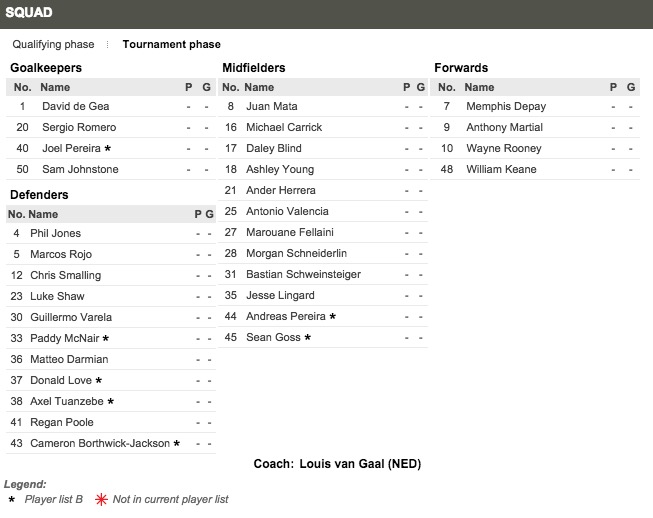 Looking down the list, the player who is most likely to get some game time is Will Keane. After his five goal haul against Norwich City’s U21s on Monday in front of the on-looking Louis van Gaal, the 23-year-old striker will be hoping to get his opportunities in the European competition which is likely to stretch our thin squad out due to the Thursday night games.