Andreas Pereira has been knocking on the door of Manchester United’s first team all season long and after yet another strong performance for the U21s, this weekend’s game against Sunderland could finally be his opportunity.

The young midfielder, 19, is a top drawer talent. Anybody who has watched him this season can see his potential but Louis van Gaal hasn’t been able to give him as many opportunities as maybe he would have wanted to with Juan Mata, Ander Herrera, Marouane Fellaini and Wayne Rooney all vying for that No.10 role at separate points.

With so many games coming up, Pereira is surely about to get another big chance to impress and a game against Sunderland, who are 19th in the league, might be the right time. 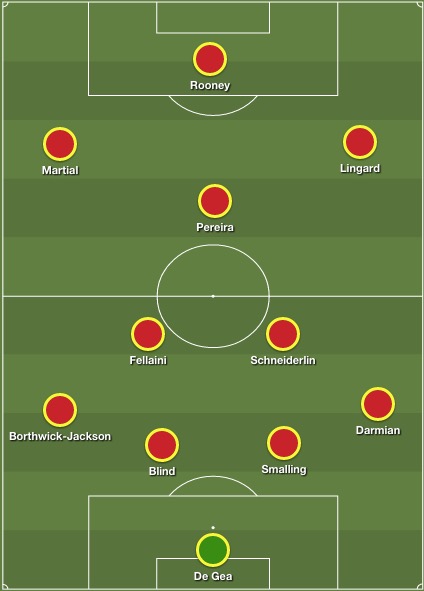 I’m a fan of Pereira because I’ve seen him progress well over the last 18 months. He’s adapted and improved his game immensely and is now a far cry from the midfielder who would go missing in some matches. Now, he’s found the sort of consistency which top players need and that’s a testament to his own hard work.

Do you think Pereira has a chance of playing against Sunderland? Let us know in the comments!