Manchester United travel to the Stadium of Light this weekend off the back of a draw at Stamford Bridge, while Sunderland come in from salvaging a 2-2 draw from 2-0 against Liverpool.

Both teams will have a bit of confidence but Man United should be looking at this game as one where three points is the only result will do. After all, Sunderland are in 19th place in the Premier League.

For me, Morgan Schneiderlin has to start. End of discussion. He’s our best midfielder for crying out loud, how does he ever get left on the bench when fit? It doesn’t make any sense.

With regards to the formation, I was torn between the 4-2-3-1 we’ve been using and a 4-3-3 but I think Carrick and Schneiderlin both starting at the Stadium would give us the right protection to then hit hard and fast on the counter-attack. That’s how I want us to play. 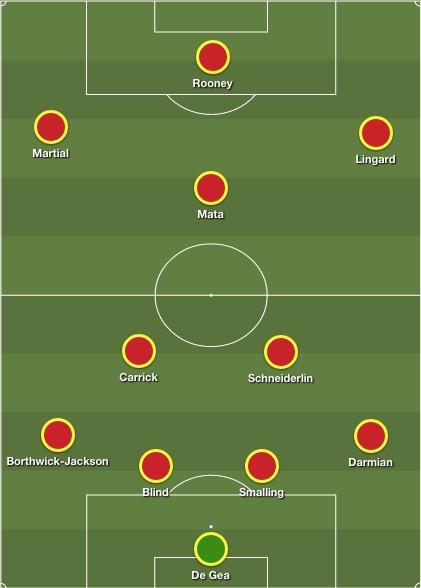 We’ve scored seven in our last three games because we’ve sat deep and hit hard on the counter-attack with real pace. I think if we do that against Sunderland, it will be a comfortable win.