When early comparisons came out to show how Louis van Gaal and David Moyes had similar starts at Manchester United, I dismissed them.

“It’s too early to compare them, we’ll see how they are in 18 months time and then we can judge.”

Here we are on 14 February 2016, just shy of 21 months since Louis van Gaal was announced as Moyes’ successor and two days short of 18 months since Man United lost 2-1 to Swansea in his first competitive game in charge.

Now it impossible to simply dismiss the comparisons because we are hardly any further forward now than we were under Moyes. Some would argue we are no further forward, some even suggest we’re further behind. 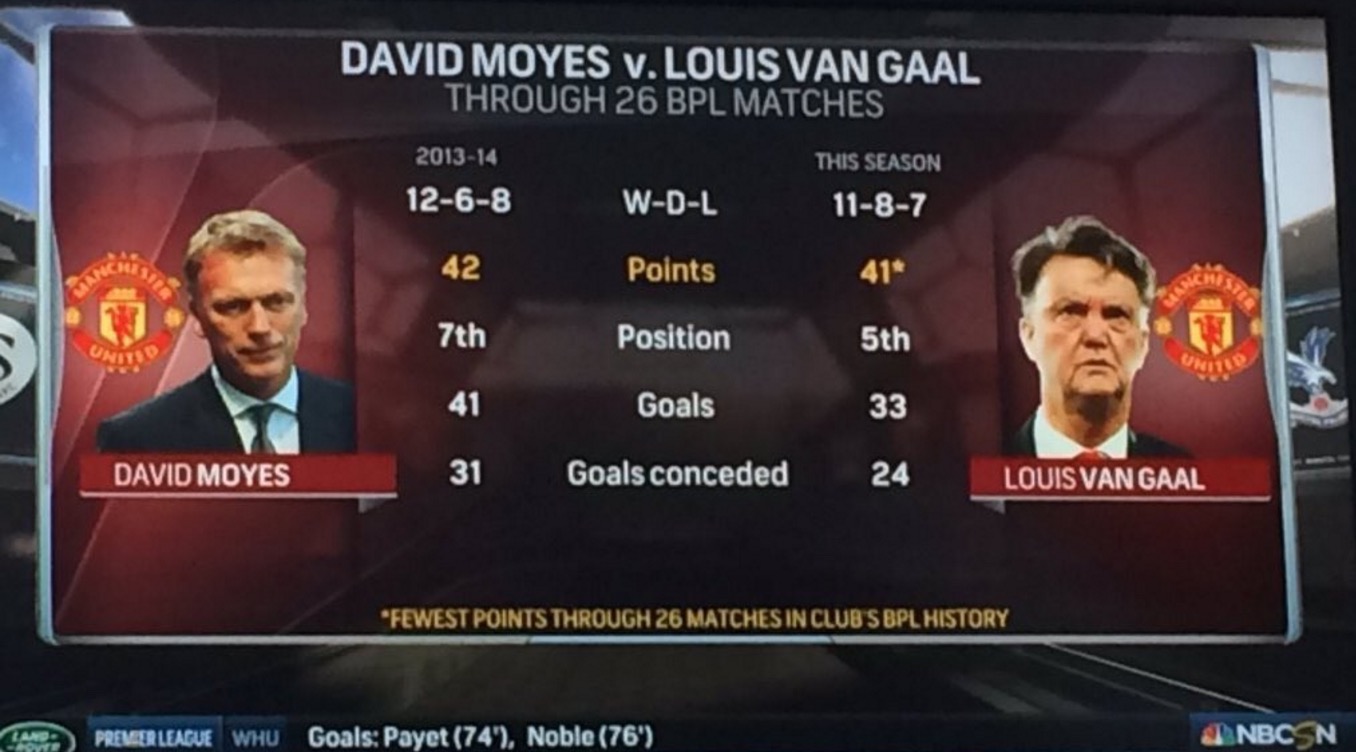 After 26 games this season, United have their lowest ever points tally ever in the Premier League and the football is arguably worse than it ever was under Moyes.

For all the frustrations fans had under Moyes, there was never audible boos. There were idiots who hired planes with banners, but there were never boos. They’ve become commonplace under van Gaal at Old Trafford, most notably after the 1-0 defeat to Southampton.

It’s become impossible for me to justify why van Gaal still has his job but United have seemingly lost their ruthless ability to replace which was one of the reasons we were great. Instead, we sit in a horrible limbo with a manager we all know won’t be in charge next season.

Whether United will replace van Gaal before the summer remains to be seen but Moyes was replaced after a top four spot was mathematically impossible. Is the same logic being applied again?