Manchester United’s set of fixtures coming up in February are probably going to bring plenty of changes to the starting XI.

With two Europa League ties and an FA Cup game before Arsenal visit Old Trafford at the end of the month, Louis van Gaal will rotate where he can and that could see the return of two midfielders to the starting XI.

Marouane Fellaini only missed out on the Sunderland game because he wasn’t at 100% match fitness, so I expect him to return to the team pretty much straight away (as much as I disagree with his place in the side).

As for Memphis, he hasn’t been in the starting XI for United’s first-team for some time now but the European games are where his best football has actually come this season. Maybe he can repeat that trick against FC Midtylland. 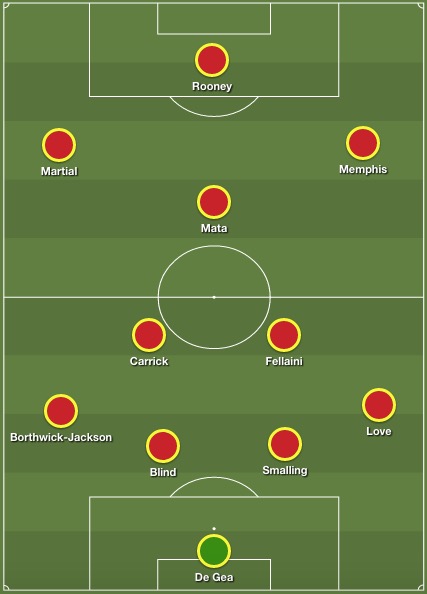 Either way, United are in such a rut this season that no starting XI or run of wins will gloss over how poor it has been this year but winning the Europa League would certainly go some way towards improving the situation.