Manchester United were awful in the 2-1 defeat against FC Midtjylland on Thursday but the result could have been worse were it not for the brilliance of Sergio Romero in goal.

Romero filled in after David de Gea had picked up an injury during the warm-up in Denmark and the Argentine was superb, pulling off a number of world-class saves.

De Gea will likely miss the FA Cup clash against Shrewsbury on Monday but Romero will be confident of putting in a similarly impressive performance in his absence: 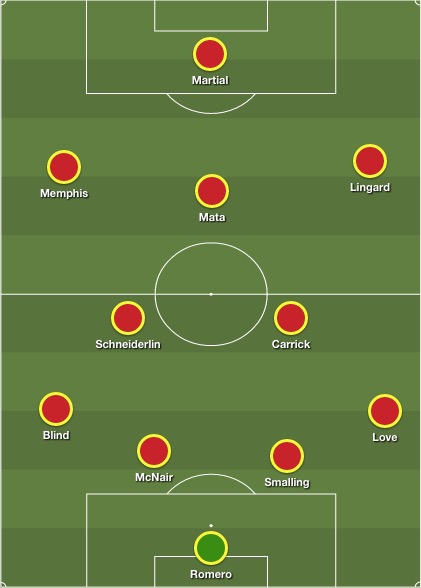 Romero was the only positive for United on what was an awful evening for the club.

It was an encouraging display for the keeper on a personal level but he should not have been given so much to do, with United a shambles at the back.

Louis van Gaal’s side were made to look like amateurs against supposedly inferior opposition and it wouldn’t even be a surprise if Shrewsbury got a positive result out of United on Monday.