Manchester United aren’t exactly in a position to be fielding a weakened team following the 2-1 loss to FC Midtjylland on Thursday but Andreas Pereira will be hopeful of making the starting XI for the FA Cup tie against Shrewsbury on Monday.

The Brazilian youngster has only made a handful of appearances this term and he was reportedly denied a loan move away from Old Trafford in the winter transfer window.

Juan Mata was particularly poor against Midtjylland this week and Pereira may be in with a shout with replacing him against the Shrews: 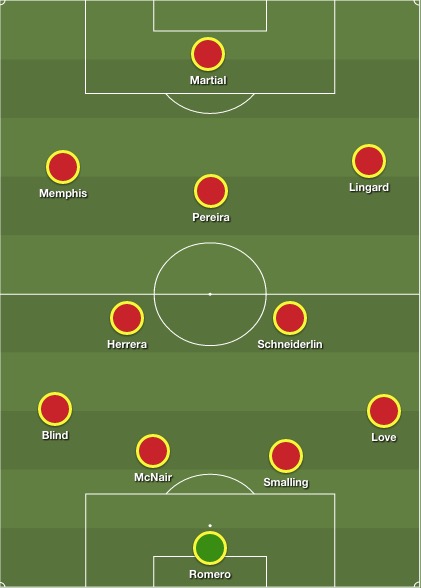 Elsewhere, Ander Herrera will be hoping to keep his place in the side despite his poor performance against Midtjylland.

Sergio Romero will likely start in the absence of the injured David de Gea and Donald Love may continue at right-back.

Confidence in Louis van Gaal has reached a new low and anything less than a win against Shrewsbury would be catastrophic for United.