Sergio Romero produced a superb performance in the first leg of Manchester United’s Europa League tie against FC Midtjylland last week but Louis van Gaal will still be keen for David de Gea to return from injury for the return leg at Old Trafford on Thursday.

Romero produced a number of world-class saves in Denmark and prevented Man United from losing by a bigger margin in the 2-1 loss but it is clear that De Gea is the superior keeper.

De Gea’s presence would likely give his teammates more peace of mind as they prepare for what is a must-win clash: 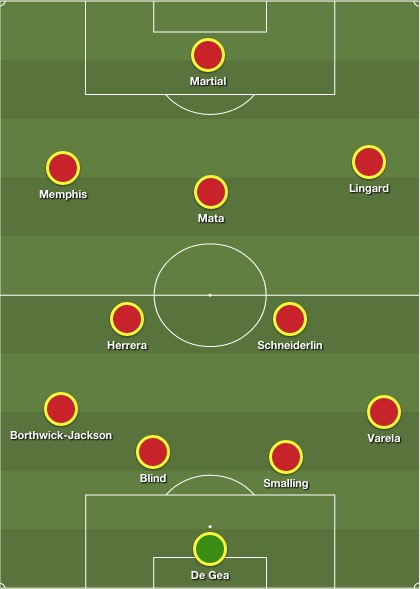 Elsewhere, Cameron Borthwick-Jackson will be hopeful of making a swift return having come off prematurely against Shrewsbury last time out thanks to injury.

The youngster has performed tremendously under difficult circumstances this season and he has a bright future ahead of him.

On the other flank, the fit-again Guillermo Varela will likely make the starting XI.