Manchester United have their second game in four days this Thursday when FC Midtjylland come to Old Trafford for a crucial Europa League tie.

Having lost 2-1 in Denmark last week in a miserable defeat, Man United really need to put in a strong performance against a Midtjylland side who were comfortably in control for the full 90 minutes.

Yet, with Arsenal on Sunday, will Louis van Gaal put out? With everything that’s on the line, I expect it to be a very strong team. Here’s what could be our strongest XI against Midtjylland: 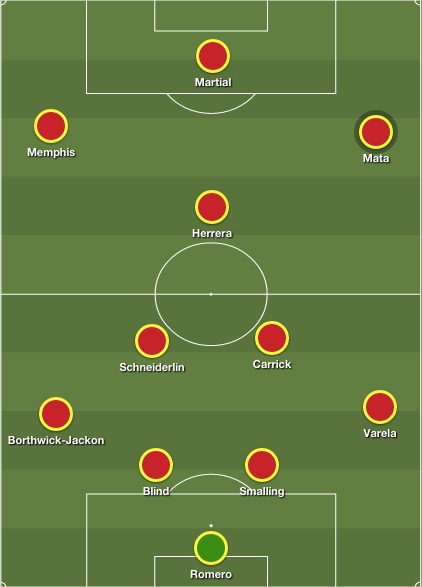 Even if he is fit to return, David de Gea will probably be rested for the Arsenal game but with so many other injuries elsewhere, van Gaal is going to find it pretty hard to rest anybody else.

It’s a risk to play a team this strong so soon after the Shrewsbury match and so close to Arsenal but United don’t have much of a choice. We need to get through in the Europa League and we’d all be extremely surprised if van Gaal put out a weakened side given what is on the line if we don’t win.