If Anthony Martial does not recover from injury in time to face Arsenal on Sunday, Louis van Gaal will likely turn to Marcus Rashford for the Premier League clash.

Rashford replaced Martial in the starting XI against FC Midtjylland on Thursday after the latter picked up an injury during the warm-up at Old Trafford.

The 18-year-old ended up putting in a sensational performance under difficult circumstances, scoring twice as Man United advanced to the next stage of the Europa League. Rashford’s display will give him a huge amount of confidence ahead of a potential inclusion against Arsenal: 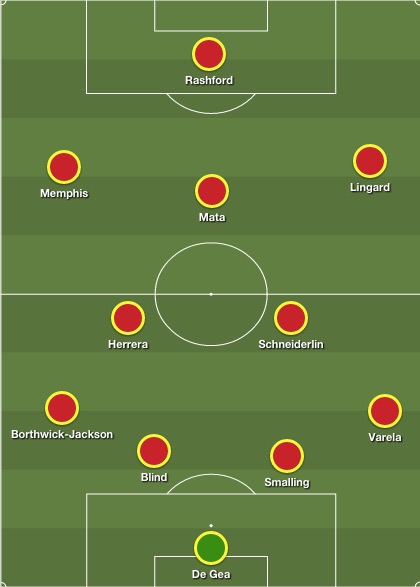 Of course, the game against Arsenal will represent a much sterner test than the one against Midtjylland but Rashford will have momentum on his side.

Elsewhere, Chris Smalling and David de Gea will be hoping to return to the starting lineup following injury.

The pair have been superb for the majority of this season and their inclusion would give the side much more of a resolute feel against Arsenal.