Timothy Fosu-Mensah proved to be a more than capable replacement for Marcos Rojo in Manchester United’s 3-2 win over Arsenal on Sunday and the youngster will be hoping to keep a place in the side against Watford next week.

Fosu-Mensah, making his debut for Man United, performed admirably after coming on for the injured Rojo in the second half.

The youngster has earned rave reviews following his efforts in the youth set-up at United and he coped with the step up to first team affairs. He is in with a shout of starting against Watford on Wednesday: 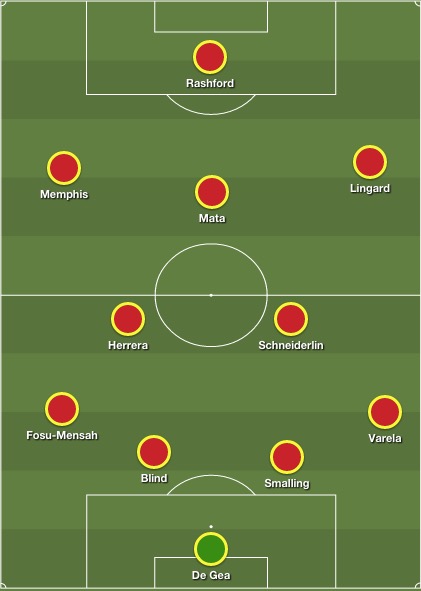 Along with Fosu-Mensah, James Weir made his debut for United against Arsenal.

The pair became the 13th and 14th players to make their debuts this term, and it goes to show just how good a job Louis van Gaal has done in bringing youngsters through.

United have a rich history of nurturing talent and long may it continue.