Manchester United’s Anthony Martial may well be back from injury in time to face Watford but Louis van Gaal will find it difficult to drop Marcus Rashford on current form.

Rashford scored a brace on his Premier League debut in the 3-2 win over Arsenal on Sunday, adding to the other two goals he scored against FC Midtjylland on Thursday.

With Martial set to return from injury against Watford, supporters will be keen to see how he, Rashford and Memphis work together: 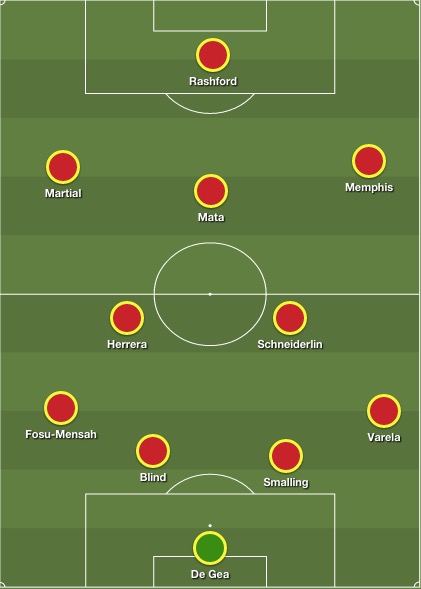 There is certainly plenty of pace and trickery in the lineup and United as a whole will be full of confidence following the win over the Gunners.

Elsewhere, Chris Smalling will be hoping to make his return from injury to face Watford.

Michael Carrick has been playing at centre-back in Smalling’s absence but the 34-year-old has looked understandably awkward in an unfamiliar role in defence.