The news that Manchester United quartet Matteo Darmian, Anthony Martial, Chris Smalling and Marcos Rojo could all face Watford on Wednesday will come as a big boost to Louis van Gaal.

Man United have had to contend with a number of injuries in recent weeks and, while youngsters such as Guillermo Varela have ably made the step up, supporters will be keen to see some more established names on the teamsheet.

That being said, the likes of Varela may consider themselves unlucky to miss out if they are overlooked. It would be difficult to leave out Marcus Rashford, however, following his two-goal display against Arsenal on Sunday: 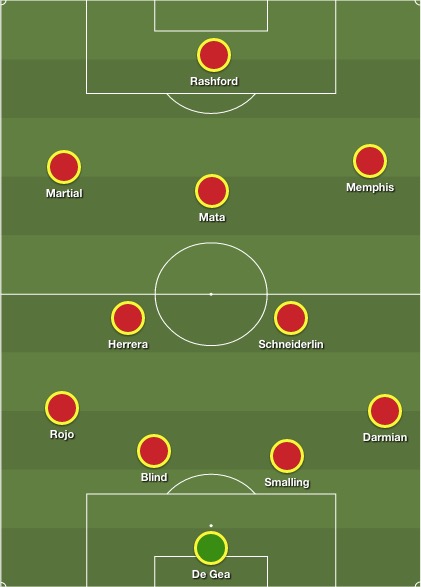 Fans will be excited to see how an attacking trio of Anthony Martial, Memphis Depay and Rashford work together.

In theory, the three players should be fluid and interchangeable in the way they play on the pitch.

Elsewhere, Ander Herrera will be hopeful of keeping his place in midfield having seemingly adapted to a deeper role in recent weeks.