Manchester United’s Memphis Depay would have been disappointed not to start against West Bromwich Albion on Sunday having hit a rich vein of form and he will be hopeful of returning to the starting XI for the Europa League clash at Liverpool on Thursday.

Memphis, having suffered mixed fortunes in his debut campaign at Man United, seems to have finally found his feet at Old Trafford in recent weeks.

With Jesse Lingard suspended, the young Dutchman can expect to be included in the side that will take on Jurgen Klopp’s men at Anfield: 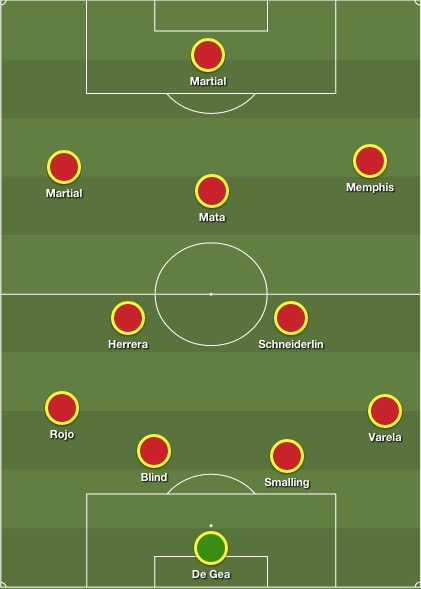 Guillermo Varela, meanwhile, will be in with a shout of starting as Matteo Darmian was subpar against West Brom.

Michael Carrick, too, put in a disappointing display, meaning Morgan Schneiderlin may come back into the fore.

The 1-0 defeat against West Brom has left winning the Europa League as United’s only realistic way of securing Champions League football next term and Louis van Gaal’s side need to take away a positive result from Anfield.