Manchester United head into the West Ham game this weekend knowing that a defeat would cause a nuclear reaction after the dismal defeat against Liverpool.

We’ve now lost nine games since December and Man United are really in a rut under Louis van Gaal but the FA Cup could offer some form of redemption for us this season. Winning that would not make the season a success but it’d certainly soften the blow of our shambolic year given that we haven’t won it in over a decade.

One change I think is absolutely essential for United to do is for Daley Blind to be given a much needed rest. He’s now completed 12 consecutive games and is jaded, so I’d like to see Timothy Fosu-Mensah come in because his pace and power alongside Chris Smalling could prove to be an excellent partnership if given the chance. 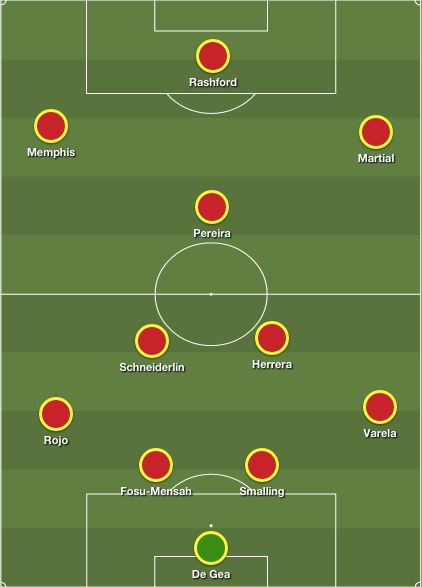 That’s the big change I want to see in the team. With West Ham in fine form, United are going to have to put in a very good performance to have any chance of reaching the FA Cup semi-final and the Hammers will very much fancy themselves to go through as well.