Bastian Schweinsteiger has completed a pair of brief cameos in Manchester United’s two previous games and Louis van Gaal may be tempted to start him at Old Trafford for the Europa League second leg tie against Liverpool on Thursday.

Schweinsteiger completed around 11 minutes in the first leg at Anfield last week before making an impact against West Ham United on Sunday.

The German injected some class into Man United’s midfield against the Hammers and he helped stop Darren Randolph from saving Anthony Martial’s late equaliser. Schweinsteiger will be hoping he has done enough to earn a starting spot on Thursday: 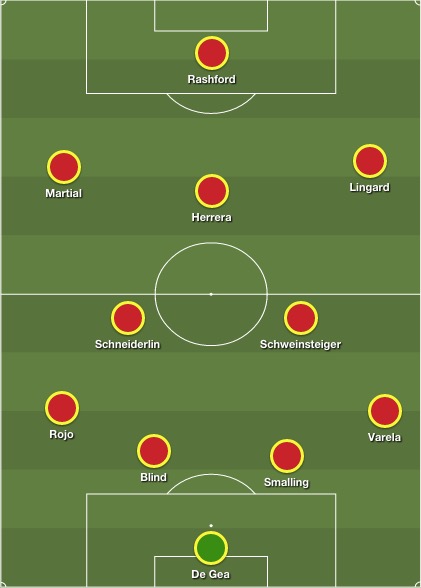 Elsewhere, Ander Herrera will be hoping to continue in the No.10 role after an encouraging display there against West Ham.

The Spaniard will face competition from Juan Mata, who was suspended for the Cup tie.

Jesse Lingard, too, will be looking to deflect competition from Memphis Depay for a spot on the wing.