Michael Carrick put in another ineffectual display against Liverpool in the Europa League on Thursday and the fit-again Bastian Schweinsteiger will be hopeful of taking his place for the derby against Manchester City on Sunday.

Schweinsteiger has completed a number of brief cameos from the substitutes bench lately and his class on the pitch is there for all to see.

With both Man United and City in poor form heading into the important fixture, Schweinsteiger could prove to be the difference at Old Trafford: 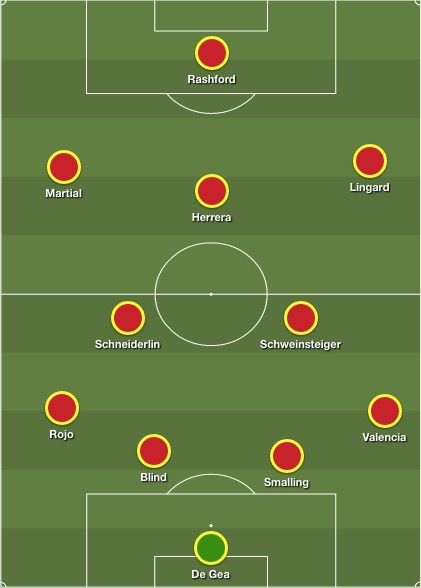 Elsewhere, Antonio Valencia will be looking to start at right-back after completing 45 minutes against Liverpool.

Ander Herrera too, will want to shrug off a knock in time for the clash against City.

Herrera and Valencia should inject some attacking urgency into this United side, something that was all too absent against Liverpool in what was an evening to forget for Louis van Gaal.