The performances of Marcus Rashford and Jesse Lingard were crucial in Manchester United’s 1-0 win over Manchester City last time out and Louis van Gaal will be hoping for more of the same for the match against Everton on Sunday.

Lingard, in the No.10 role, caused problems with some direct running and intelligent play.

Meanwhile, Rashford made a mockery of City’s Martin Demichelis as he scored what was the winning goal. Both players will be looking to make the starting XI against Roberto Martinez’s side: 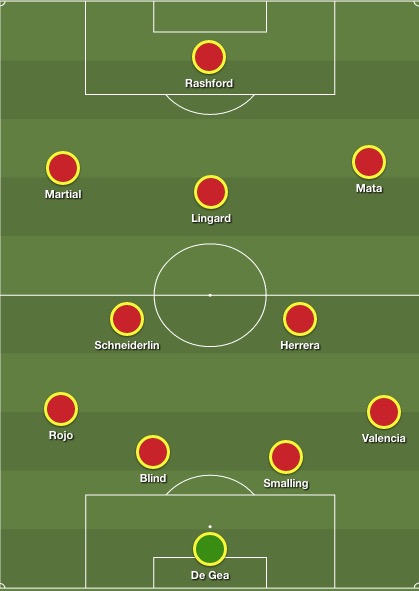 Elsewhere, Ander Herrera will be hoping to earn a place in midfield alongside Morgan Schneiderlin.

With Bastian Schweinsteiger likely out for the rest of the season through injury, there is competition for places in the middle of the park and Herrera will want to stake a claim.

Finally, Antonio Valencia’s pace and strength on the right hand side of defence may help in forcing back Everton at Old Trafford. The Ecuadorian is fit again following injury.