Michael Carrick put in an encouraging display in Manchester United’s 1-0 win over Manchester City last time out and he will be hoping to keep his place in the side for the clash against Everton on Sunday.

The veteran’s displays have been a source of concern in recent weeks but he was back to his assured and commanding best alongside Morgan Schneiderlin in the middle of the park at the Etihad.

Carrick is a favourite of Louis van Gaal and it would be no surprise to see him line up against Everton, although that would mean there would be no room for Ander Herrera: 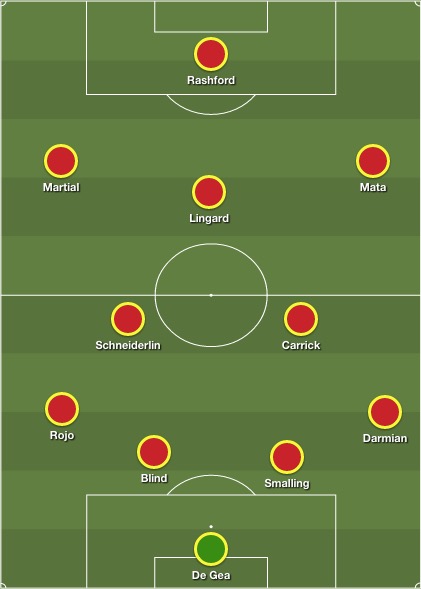 Carrick is entering the twilight of his career but when he plays well, United play well and he will be looking for more of the same at Old Trafford.

Elsewhere, Matteo Darmian will be hoping to get the nod ahead of Guillermo Varela and Antonio Valencia.

That might be a tall order, however, as the Italian didn’t have the best of days against City. His crossing in particular was subpar.