Lots of youngsters have broken through under Louis van Gaal at Manchester United but there is one I am personally particularly excited about watching develop – Timothy Fosu-Mensah.

The 18-year-old Dutch defender only joined the club in September 2014 but his composed early performances for Man United make it look like he’s been in and around the first-team for years.

Having seen him stand out at U18s, U19s and U21s level, I knew it was a matter of time before we saw him make his debut and now he’s a staple member of our match-day squads like he is today against Everton.

It’s not only United fans who are getting excited about him because his talent is being recognised in Holland. Take the front page of the Metro this week which detailed his story so far and how far he’s come since leaving Ajax’s academy as a 16-year-old and the two worlds he has of playing in front of 75,000 at Old Trafford and tiny crowds with the Netherlands U19s side. 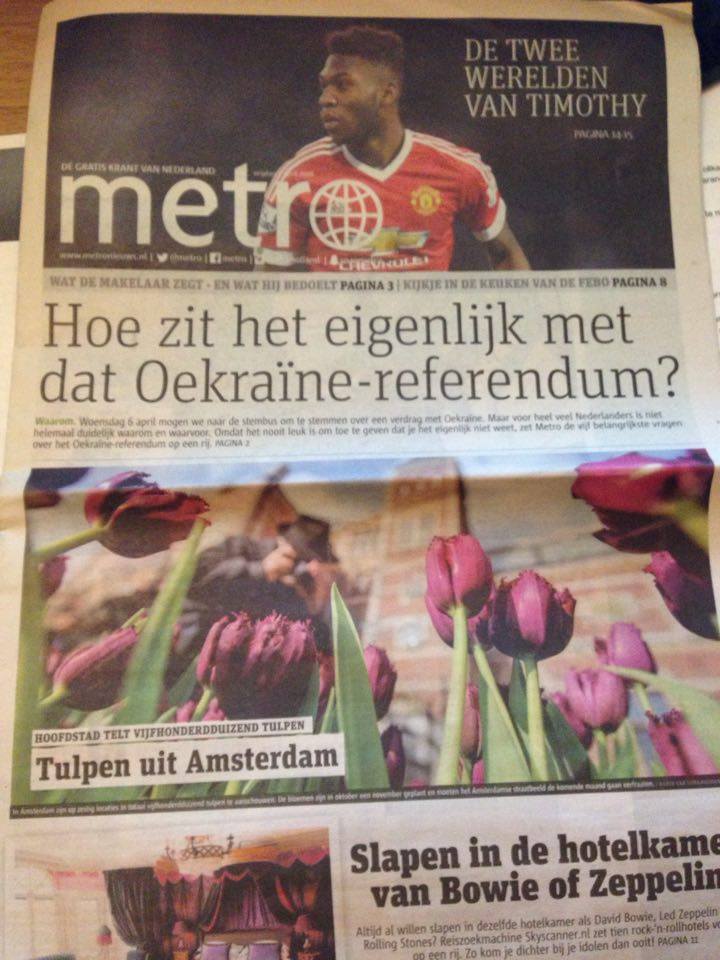 Daley Blind has been excellent for United this season and I’d argue he’s in for a shout for a Player of the Year nomination but looking to the future, a partnership of Fosu-Mensah and Chris Smalling is something I’d love to see.

Fosu-Mensah has a mature head playing on inexperienced shoulders and we saw that against Watford in his full debut. In the first 20 minutes he was rash and excited and got himself a yellow card for his exploits. Yet, in the 70 minutes that followed, he took a step back and exuded calmness. It was a professional performance from a teenage defender, not something you see very often.

Top class defenders are a rarity in the modern game but having watched Fosu-Mensah at every level since he joined United in 2014, I’m convinced he’s got all the attributes needed to become a fantastic player in the future for United.