Michael Carrick had a quiet game in Manchester United’s 1-0 win over Everton on Sunday and Louis van Gaal may be tempted to replace him with Ander Herrera for the clash against Tottenham Hotspur this weekend.

Herrera was brought on for Carrick after 58 minutes against Everton and the Spaniard helped Man United see out the three points.

Herrera’s energy may be useful alongside Morgan Schneiderlin as United look to get the upper hand against the likes of Mousa Dembele and Eric Dier: 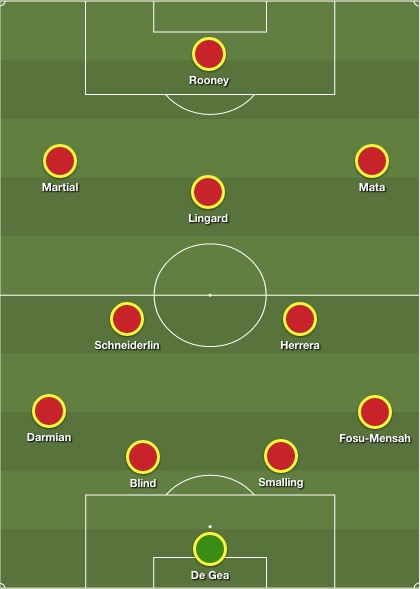 Meanwhile, Wayne Rooney is in with a shout of starting having returned to light training this week.

The game may come too soon for the 30-year-old but Rooney will be raring to return to action for United.

It is crucial that van Gaal’s side get a positive result out of Spurs and keep themselves in the hunt for a top four finish in the Premier League.