Ashley Young was in excellent form for Manchester United prior to the injury he suffered earlier this term and he will be hoping to feature against Tottenham Hotspur on Sunday after making a recovery.

Young had impressed in the full-back positions for Man United over the Christmas period but a groin injury hampered his progress.

Marcos Rojo had a game to forget against Everton last time out and Louis van Gaal may have Young in his thinking ahead of the clash against Spurs: 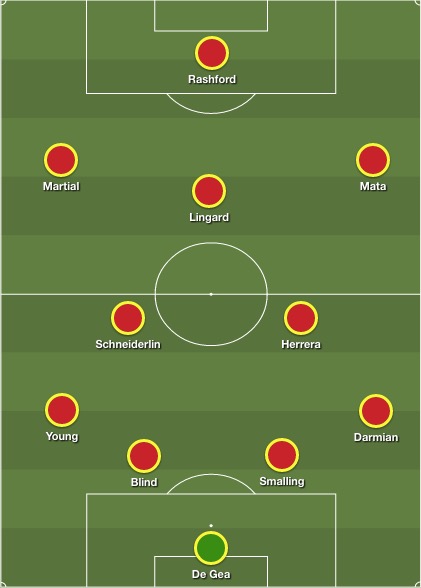 Elsewhere, Ander Herrera will be hoping to replace Michael Carrick in the starting XI.

Carrick had a quiet match against Everton and Herrera’s mobility may come in handy up against a disciplined and energetic Spurs midfield.

Finally, Wayne Rooney is set to play for the U21s before he makes a full return to the first team, meaning Marcus Rashford is again likely to get the nod up top for United.