Manchester United as a whole were poor in the 3-0 defeat against Tottenham Hotspur last time out but Jesse Lingard looked particularly devoid of ideas at White Hart Lane.

Lingard, playing in the No.10 position, struggled to create chances and get things going for his side before three goals in six second half minutes put the game to bed for Spurs.

In Lingard’s defence, Louis van Gaal made the bizarre decision to play Ashley Young up top in the second half while Juan Mata and Anthony Martial weren’t really suited to the wings. But Lingard may see the chop for the FA Cup clash against West Ham United on Wednesday as van Gaal could shake things up from an offensive point of view: 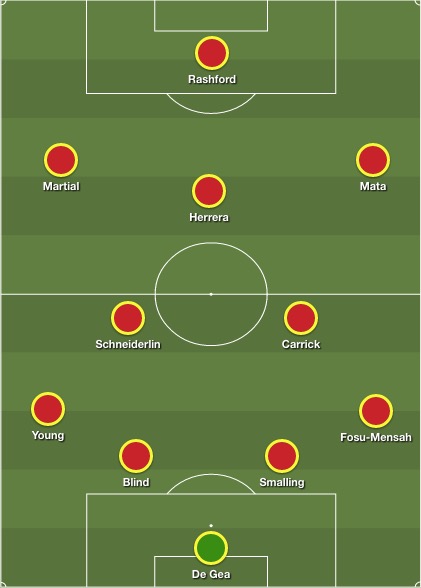 Ander Herrera has been left out of the side recently but his creativity means he may prove to be a better choice at No.10 against a disciplined West Ham side.

Exiting the Cup would be disastrous in terms of confidence in van Gaal as the loss against Spurs effectively ended United’s ambitions of finishing in the top four of the Premier League.

Supporters have been trying to look for positives in what has been a season to forget but there have been very little to choose from.