Following the 3-0 defeat at White Hart Lane on Sunday, the pressure once again began to mount on Louis Van Gaal but a convincing win over West Ham to seal an FA Cup semi-final has cooled the baying crowd, yet it sums up how things have changed so much for the Dutchman.

For many supporters, van Gaal’s arrival was met with excitement. 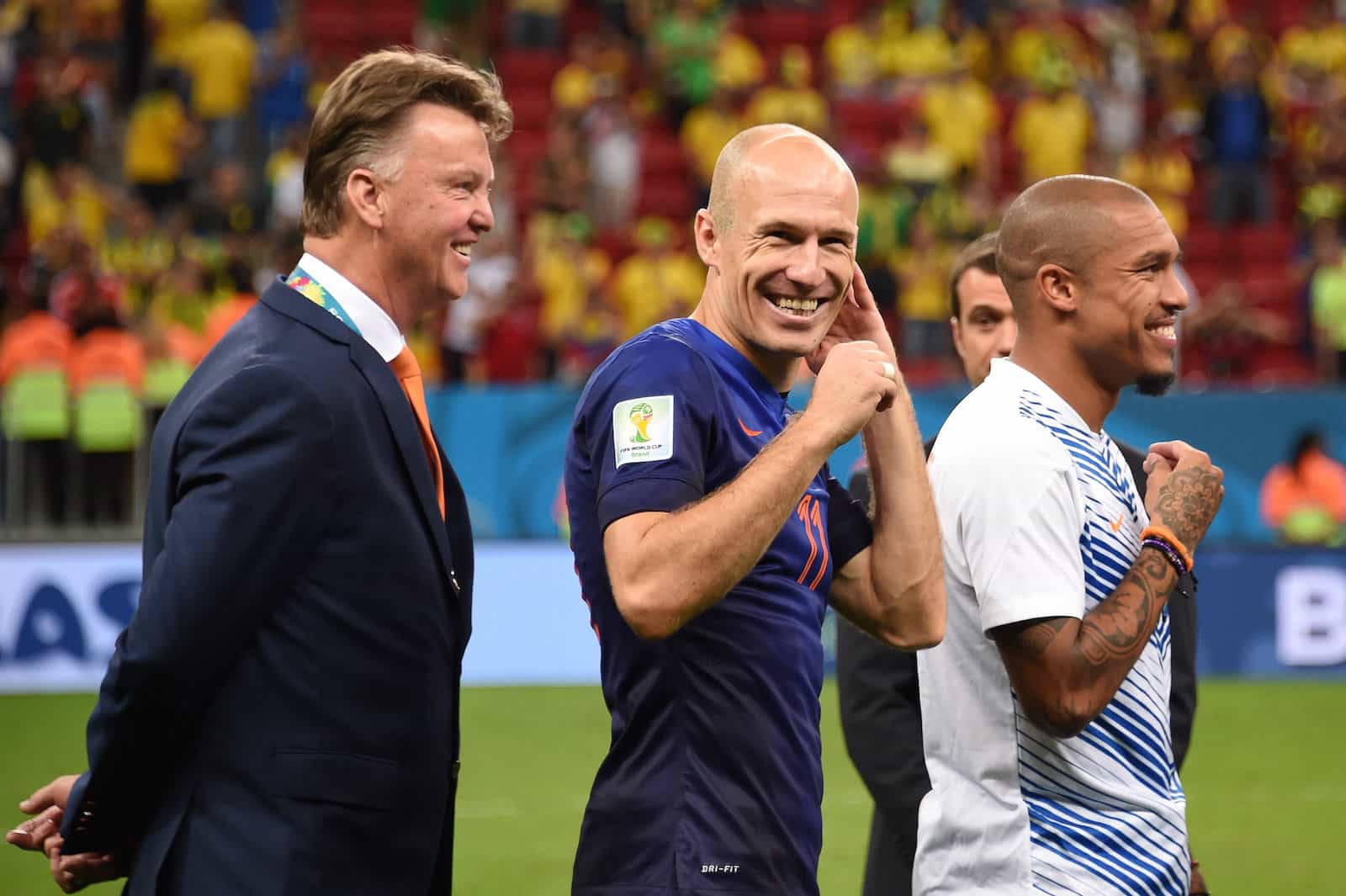 Having just missed out on a World Cup final spot, van Gaal took the Netherlands to a third place finish by beating the hosts Brazil 3-0 in convincing fashion. This would be his final game before starting work with Manchester United. With his hair trimmed and his suit sharp, he spoke the words every Manchester United fan wanted to hear: “Together I am sure, we will make history.” He also endeared himself to fans with his blunt responses to questions when the Man United talk was nothing more than speculation in the press.

Fast forward two years. Together we have made history, but not the kind we had hoped.

Is the Manchester United of now the Barcelona of 1997 under van Gaal? Well – we’re not quite that bad.

It’s 1997 and Barcelona are sitting in 13th position, fans are furious. They even lost four in a row and United fans know all about that. However, when things finally came together, Barcelona went 24 games unbeaten and took the league by an 11 point margin.

Now, let’s be real. We are not Barcelona of 1997 and nor do we have Rivaldo in the pocket. Right now we have Jesse Lingard so let’s sober up and remember that the 2008 side who won a brilliant double including the Champions League was a mighty eight years ago and it’s time to re-build.

Before we feed our leader to the lions, let us weigh up the cost. Before we sack van Gaal, let us reconsider. What has history told us? Does the three year philosophy work? Perhaps he builds a squad not for now, but for tomorrow.

It’s fair to say that he has a track-record of proving fans wrong. So Louis, it may be too little too late but please, prove us wrong? We still have 18 points to play for in this Premier League, so who knows? This time next year we could be sitting in first place with a Champions League quarter-final to compete in under van Gaal. Call me crazy but stranger things have happened.

For me, if we can finish fourth this season, regardless of the FA Cup, I think we should keep Van Gaal for another year. In terms of replacements (this summer or next), I think it is too risky to give Giggs the job just yet, so I’d be pleased if we got in somebody like Mauricio Pochettino or Diego Simeone over five years.

A lot of football fans don’t realise how long a transition can take. There has to be a clear pathway, an objective from the beginning right through the final season. It isn’t necessarily about instant success and we need to build in sustainability with a balanced squad and strong youth prospects. If those objectives are being changed every one or two seasons it becomes distorted. Just take a look at Chelsea.