Juan Mata will be hoping to return to the Manchester United starting line-up against Aston Villa on Saturday following the news that Ander Herrera has picked up an injury.

Louis van Gaal explained on Friday that Herrera is being assessed after the Spaniard picked up a knock against West Ham United last time out.

Mata was dropped at Upton Park as van Gaal looked to add physicality to his side against the Hammers but his nuance and class may be a useful tool against Villa: 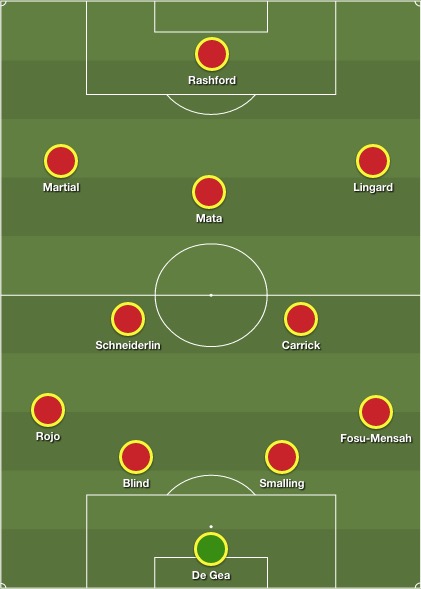 Meanwhile, Wayne Rooney is fit again following a lengthy absence due to injury but it is unlikely that he will start.

In any case, Marcus Rashford has done brilliantly in recent weeks and it would be very hard to drop him to the substitute’s bench.

It is crucial that United beat the Premier League’s bottom side to keep pace in the race to finish in the top four and van Gaal will be glad that some of his injured stars are coming back.