Wayne Rooney enjoyed a solid afternoon’s work in Manchester United’s 1-0 win over Aston Villa last time out and he will be hoping to keep his place in the side for the game against Crystal Palace on Wednesday.

Rooney, making his first start for Man United since February following injury, started the move that led to Marcus Rashford’s winner against Villa as he sprayed the ball out wide to Antonio Valencia with an intelligent long-range pass.

The 30-year-old has had his critics this season and he will be eager to prove them wrong ahead of the European Championships, starting with the clash against Palace: 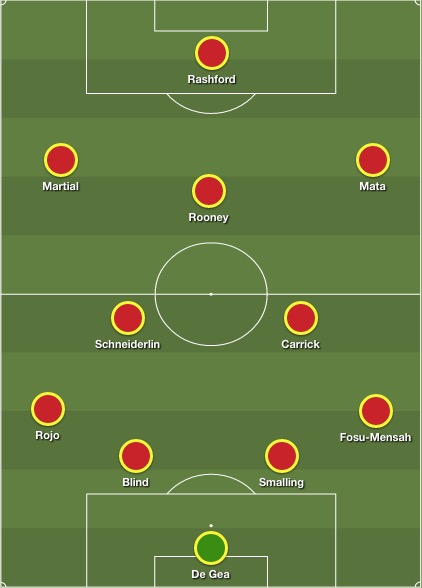 Elsewhere, Timothy Fosu-Mensah will hope to be reinstated in the starting XI at Old Trafford.

Valencia impressed against Villa but they offered little by way of resistance over the course of the match and Fosu-Mensah has arguably been United’s best player in recent weeks.