David de Gea has been chosen by Cesc Fabregas for his Premier League Team of the Year following his spectacular performances for Manchester United this season.

The Spaniard has helped Man United keep 13 clean sheets this campaign and played a vital role in the club’s defensive success this year.

It’ll be important for him to keep focused as we head into a busy week against Crystal Palace on Wednesday evening and meet Everton at Wembley in the FA Cup semi-finals on Saturday. Fabregas has recognised De Gea’s efforts this year by putting him in his best XI on Sky Sports’ Monday Night Football. 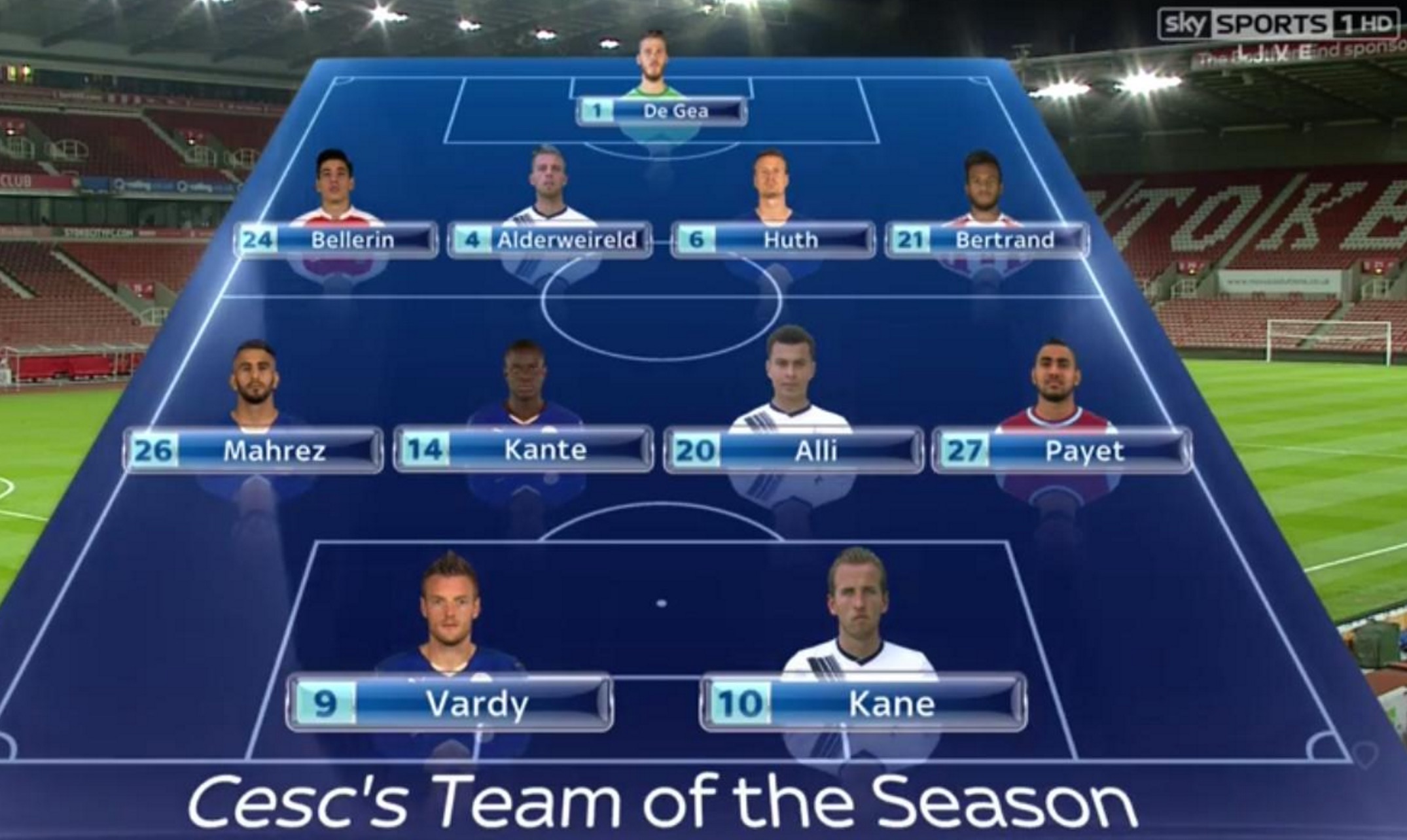 De Gea came close to signing for Real Madrid last summer but Man United will be thankful their fax machine packed in because his showings alone have helped the Dutchman’s side keep plenty of valuable points this year and he’s certainly one of the main reasons we still have a chance of finishing in the top four.

His performances for Man United prove he is one of the best goalkeepers in the world as he’s been in sensational form whilst we’ve suffered an awful campaign, for the third year in succession. Unsurprisingly, he is in line to be named United’s Player of the Year for an unprecedented third season in a row.

With Euro 2016 coming up this summer off the back of another excellent campaign, De Gea will be hoping to finally get the No.1 spot with Spain and Vicente del Bosque would be a fool not to use him after the season he’s had.