Matteo Darmian enjoyed an excellent performance in Manchester United’s 2-0 win over Crystal Palace on Wednesday and he will be hoping to start in this weekend’s FA Cup clash against Everton at Wembley.

Darmian forced Damien Delaney’s own goal before getting on the scoresheet himself in the second half with a left-footed shot.

The Italian had been disappointing in recent weeks but his display has now given Louis van Gaal a selection dilemma ahead of the Cup clash: 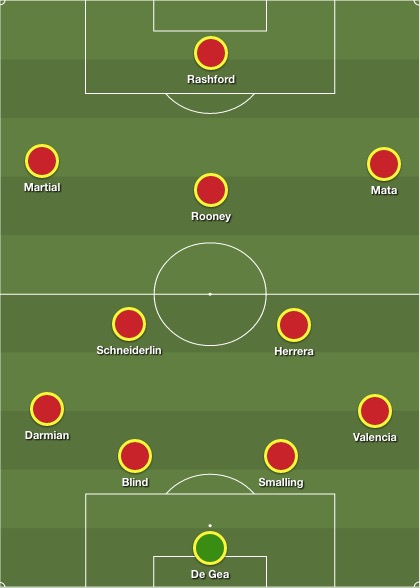 Antonio Valencia was also excellent on the right hand side of the pitch against Palace, while Timothy Fosu-Mensah and Marcos Rojo are also in contention to start.

It is a good problem for van Gaal to have after he had to contend with an injury crisis earlier on in the campaign.

Everton are in awful form but the Dutchman will be fully aware that anything can happen in the Cup.