Manchester United employed a 4-1-4-1 formation in the 2-0 win over Crystal Palace on Wednesday and their improved performance in the clash may tempt Louis van Gaal to use the same system against Everton in the FA Cup on Saturday.

Man United looked much more dangerous than they have done in previous weeks against Palace as Wayne Rooney and Juan Mata got themselves on the ball in the middle of the park.

Morgan Schneiderlin, meanwhile, did an excellent job at sweeping up whenever Palace got forward. Van Gaal may use something similar for the Cup semi-final at Wembley: 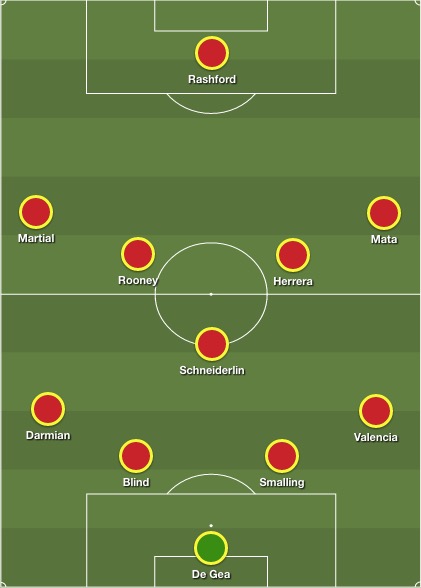 Of course, Palace didn’t provide much by way of resistance but it was encouraging to see United get shots away and ask questions of their opponents.

Everton aren’t in the best of form themselves but van Gaal will know that anything can happen in a Cup competition.