The 16-year-old centre-back comes over to Carrington in April to train with Man United and will be hoping to impress our coaching staff with the intention of making a move over here in the summer.

He has previously spent time at United’s training ground as part of an exchange when he was part of Royal Antwerp’s academy back in 2012. The exchange happened as Antwerp were our feeder club. 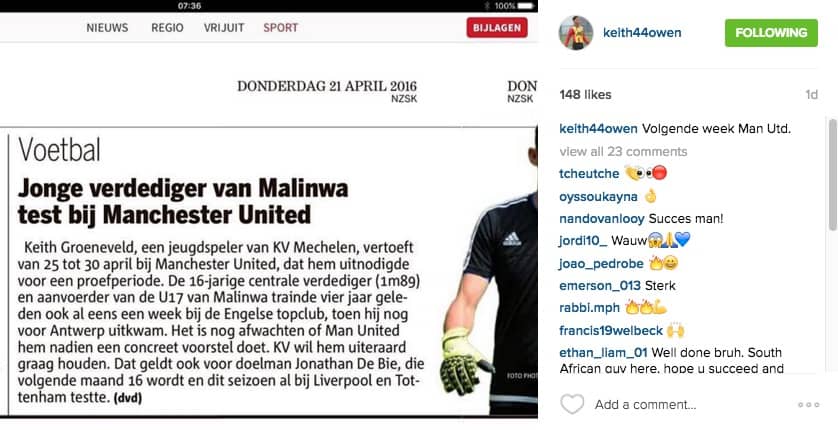 And the youngster is clearly excited about his upcoming trial as he’s already changed his background image on Twitter to Man United: 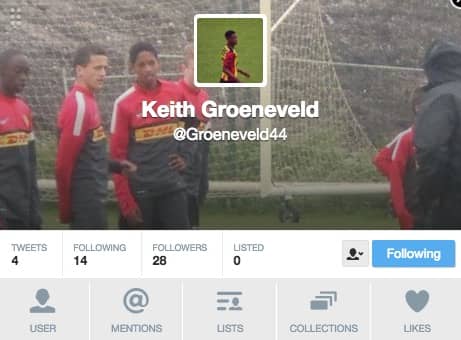 Groeneveld’s trial is but one of a number of youngsters who are either having trials at United or completing their transfers as part of Nicky Butt’s academy regeneration project.

Waterford’s Lee O’Connor will be joining in the summer as is Nishan Burkart, Tahith Chong is expected to complete his move as well and the likes of Hossein Zamani are also on the radar.

Some of our best breakthrough players in recent years have been players who we brought in from around Europe and Butt is certainly making sure that influx continues this summer.

Raphael Varane to arrive at Man United on...