Timothy Fosu-Mensah has impressed whenever he has been included in the first team at Manchester United and he will be hoping to start in the FA Cup semi-final against Everton on Saturday.

Fosu-Mensah was arguably Man United’s best player in recent games against Tottenham Hotspur and West Ham United and there is a case for him to start at Wembley.

However, Antonio Valencia was excellent at right-back in the win over Crystal Palace last time out and he will also be in Louis van Gaal’s thoughts ahead of the Cup clash: 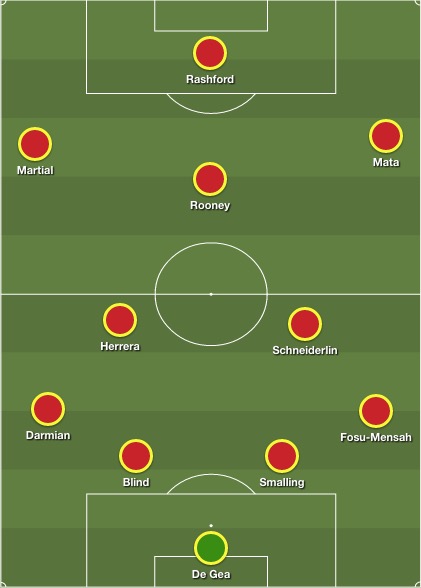 Fosu-Mensah, 18, is an excellent prospect but his age and relative inexperience may persuade van Gaal to go with Valencia instead in what is a huge game.

Valencia’s return to fitness has come at exactly the right time for United as his pace and power should come in handy ahead of the run-in.