From Portugal: Jose Mourinho has signed for Manchester United 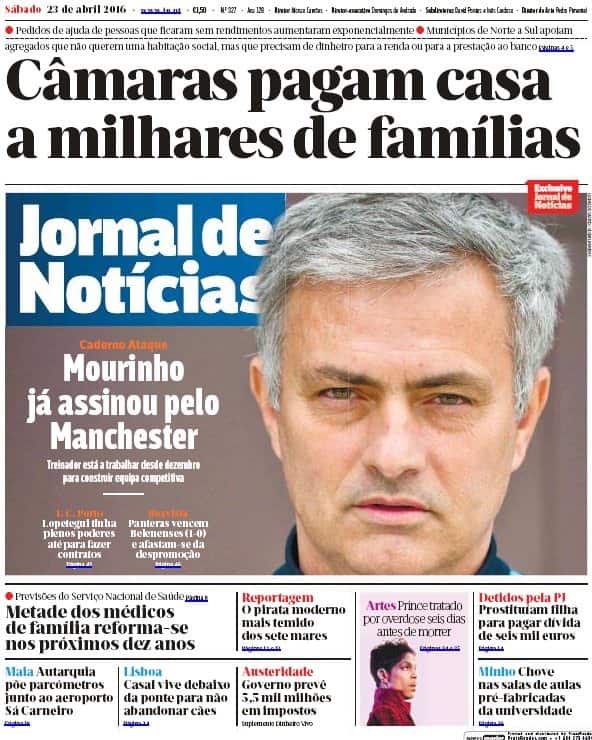 They have followed the claims up in their online article and Sport Witness have covered the claims further which reiterate Mourinho has signed for Man United, saying he’s been watching players in action ahead of the summer transfer window.

The Mourinho story has been developing slowly in the last couple of months through comments from Mourinho himself, claims of pre-contract agreements, claims he’s been scouting players already and now Jornal de Noticias say the deal is finally over the line.

At this stage there are going to be so many different outlets, newspapers, websites and established journalists with egg on their face if Mourinho isn’t unveiled as United’s manager this summer. For some time, I’ve said I considered it an inevitability Jose would replace Louis van Gaal and Jornal de Noticias’ front page splash suggests that after months of dithering, United have finally got his contract signed.

Will we get any official confirmation on this, either way, until the end of the season? It’s very unlikely but not for the first time, it is being reported – with some boldness in this case – that Mourinho will replace van Gaal.