Fellaini scored the opening goal as Man United beat Everton 2-1 to reach the FA Cup final last weekend and put in one of his best overall performances for the club, much to the surprise of fans who were frustrated to see him in the starting XI.

Roma have been strongly linked with a move for the Belgian and recent reports have suggested  the Italian club are willing to shell out £15m for him. The picture of him at the Roma game will certainly lend credence to the story. 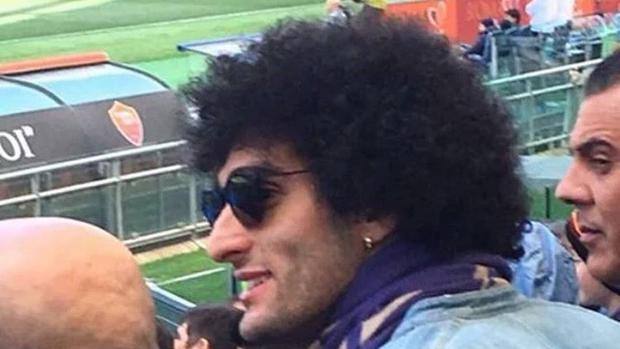 It’s safe to say that United fans have a love-hate relationship with Fellaini. Effectively, he’s the footballing equivalent of Marmite. Some people love him, others loathe him and his bullish style.

The big Belgian has certainly proven to be useful in certain situations, with the game against Everton a prime example, but he more often than not slows down United’s attacking play.

Separate rumours have suggested Benfica’s Renato Sanches is close to joining United and if he was to arrive, maybe Fellaini’s time as a United will come to an end.