Michael Carrick put in a solid shift against Everton last time out and the Manchester United midfielder will be hoping to continue in the side for the clash against Leicester City this weekend.

Carrick helped Man United establish control in the middle of the park in the FA Cup semi-final against Everton, particularly in the first half.

The veteran’s influence waned as Everton grew into the game in the second period but he will be hoping he has done enough to stay in the side on Sunday: 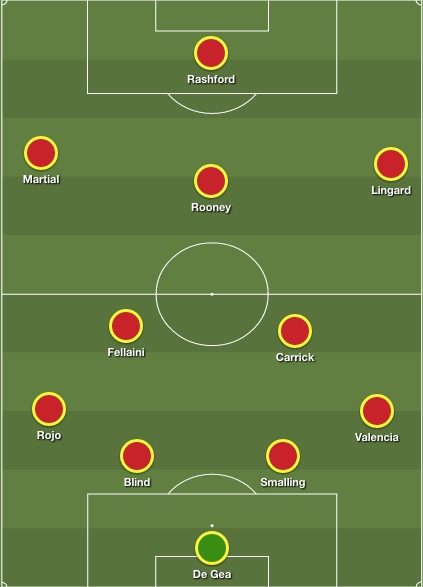 Of course, Morgan Schneiderlin will push his case to start as United often look a more organised unit when the Frenchman is on the pitch.

Meanwhile, Marouane Fellaini enjoyed arguably his best performance of the season against Everton, scoring the opening goal in the 2-1 win, and the Belgian would be disappointed to be dropped to the substitute’s bench.

Leicester will win the Premier League title if they beat United at Old Trafford and Louis van Gaal will be keen to stop such a scenario from happening, particularly as his side are still in the hunt for a top four finish in the Premier League. Carrick’s form has been up and down over the course of the campaign but the case generally is that when he plays well, United play well.