Daishawn Redan. It looks like every big club in the world is scouting him, including Manchester United, but Redan is a name to remember.

Redan is a real goal-getter who can also play as a left winger. Not only does he score a lot for Ajax but he has an amazing goalscoring record of ten goals in 12 matches for the Dutch youth teams.

Born of 2 February 2001, Redan is a right-footed player who mostly operates as a striker but he can also do a good job out on the left wing. This kid can do it all. He’s a poacher who is very strong on the ball and he also has a very good natural dribble. He can hold up the play as a striker and also creates chances either for himself or for his team-mates in both positions. As well as that, Redan has a decent left foot which means he has got great versatility on the wing and can either cut inside to shoot or go out wide and fire in a cross.

Something that was introduced by the great Johan Cruijff, when he started “Plan Cruijff” at Ajax some years ago, was to teach every academy player both English and Spanish in order to make it a lot easier for Redan or any other player from Ajax to adapt to a new club. Through forward thinking, Ajax really do set up their youngsters in the best way possible.

Redan also has a very good mentality off the pitch. You’ll hear nothing but good words from the coaches at Ajax. He tracks back, fights hard even when his team isn’t playing well and has often been a saviour for the U17s by scoring a goal out of nowhere.

Redan has excellent vision both in knowing where his team-mates are and when/where to make runs. He doesn’t need to look at the ball while dribbling and has a natural poachers instinct in front of goal. As I said earlier, Redan is very strong on the ball and create chances for himself and his team-mates regularly. Redan is also very quick and is good at getting away from his marker so because of that he can turn very quickly, helping make him very unpredictable and difficult to mark.

I would say that this season, he has found his level with the U17s but in my opinion if Man United did bring him in, he could be the striker for our U18s despite only being 15 because of his strength on the ball, his vision and his mentality of always working hard and wanting to improve – as well as, of course, being prolific in front of goal.

Redan is a very complete player in terms of his strengths but still has some points to improve and develop. I am not saying these points are necessarily bad but if he really wants to be one of the best in the world, these are the points he needs to work on. Due to his dribbling and pace, Redan can often get himself into situations where he can create chances for his team-mates but his final delivery isn’t always the best. That will of course improve with age as he’s got so much more to develop naturally.

Redan is not very tall but he could score even more goals if he improves his heading because he doesn’t always convert good heading opportunities. Also, Redan works very hard but sometimes tends to be a bit too harsh on his team-mates, this isn’t always a very bad thing but in my opinion he blames his team-mates a bit too often and this has been pointed this out by his coaches already, so the staff at Ajax have been working on this.

How good can he be?

His English skills would help him adapt so much quicker in England and the importance of that can’t be underestimated, especially for a youngster. Redan has a lot of talent and would be a very good recruitment by United if it happened. With Nicky Butt already having said that United are looking all over the world for talent, Redan is certainly one our scouts should be keeping an eye on. 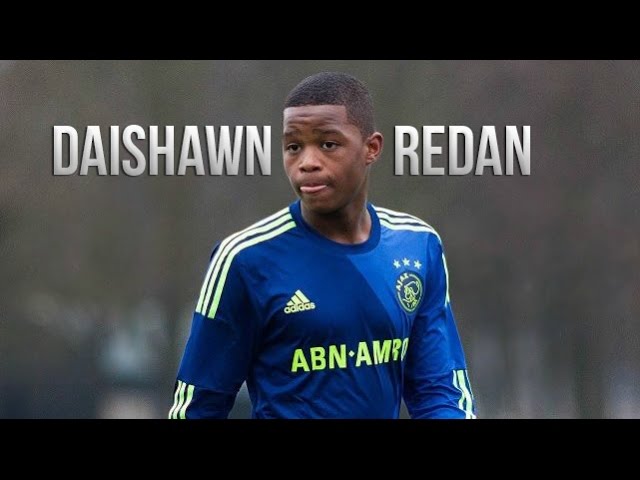