Cameron Borthwick-Jackson has been named Manchester United’s Denzil Haroun Player of the Year given to the best youngster from our U21s.

Having broken through into the first-team, Borthwick-Jackson put in superb performances at left-back including playing at Anfield in our 1-0 win earlier this season and showed he had the composure to play for the first-team.

Although he has disappeared back into the U21s in the last few weeks following an injury, Borthwick-Jackson looks like he can be at least a squad member at United for a good few years yet. 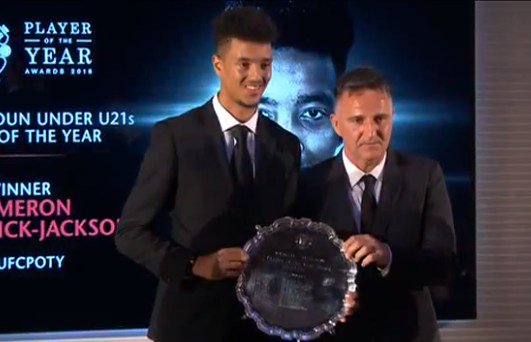 See highlights of a great season for our U21s Player of the Year… #MUFCPOTY https://t.co/Pf9qm57l1m