The Spanish goalkeeper’s form has once again been superb and wonderfully consistent in another underwhelming season for Man United. On more than one occasion, his saves have single handedly won us games and our place in the FA Cup owes a lot to his performance against Everton.

No United player had ever won the Sir Matt Busby Player of the Year award for three years in succession but De Gea now has and he deserves it massively. 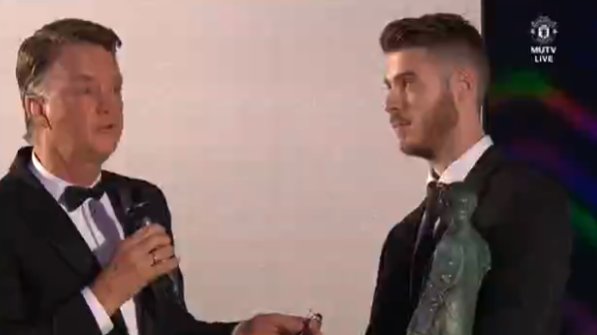 It’s indicative of what has happened to United for the fact a goalkeeper has been our best player for three consecutive years but let’s not take anything away from him. He’s now one of the best goalkeepers in the world. Well done Dave.

Here are some highlights of De Gea’s brilliant season at United:

#MUFCPOTY: @D_DeGea is the first Red to be named #mufc Player of the Year three years in a row! ??? #DaveSaves https://t.co/ofL7NvSPOy