Juan Mata has found himself left out of the Manchester United starting XI in recent weeks and he will be keen to return to the side for the clash against Norwich City this weekend.

Mata came off the bench against Leicester City last time out but he has found chances in the first team hard to come by recently.

Jesse Lingard has instead been preferred and, while the 23-year-old is hardworking, there is a sense that he should be doing more to justify his place in the team. Mata’s creativity may come in handy against The Canaries: 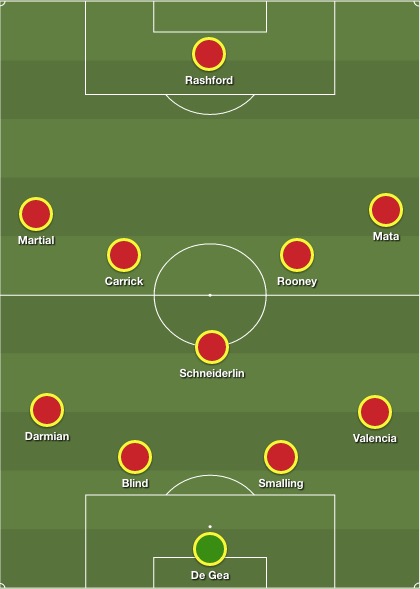 United must beat Norwich if they are to stand any chance of securing a top four finish in the Premier League. Mata should play a big part in deciding the outcome of the game if he finds his form.

The draw against Leicester City last time out just wasn’t good enough, particularly as Manchester City were beaten by Southampton.

Along with Mata, the likes of Wayne Rooney, Anthony Martial and Marcus Rashford will be hoping to provide a creative spark. However, Rashford was quiet against Leicester. It is crucial that Louis van Gaal finds the right combination against Norwich.