Louis van Gaal joined Manchester United with great expectations placed on himself only by his reputation. An against the odds third place finish at the World Cup with the Netherlands filled Man United fans with hope, with promise and with belief.

Fast forward two years and I sit here scratching my head wondering how van Gaal is still our manager. That promise and hope has been replaced by dread and frustration, least not by listening to van Gaal’s changing rhetoric.

Those once great expectations have been bent by van Gaal to match circumstances to the point where we’re being led to believe our aim this season was to finish fourth. It wasn’t, it never was, yet that’s what van Gaal told us at the 2015/16 player of the year awards.

With that in mind, I wanted to take you through a chronological look at comments from van Gaal between May 2014 and May 2016 so we can see just how the web has been spun from the very start.

May 19 2014: “It was always a wish for me to work in the Premier League. To work as a manager for Manchester United, the biggest club in the world, makes me very proud. I have managed in games at Old Trafford before and know what an incredible arena Old Trafford is and how passionate and knowledgeable the fans are. This club has big ambitions; I too have big ambitions. Together I’m sure we will make history.”

September 12 2014: “Yes, it is possible [winning the Premier League this season]. This is because we have to play a lot matches and we are not so much behind.

“We have spoken about the target when we [Van Gaal and Woodward] had the meetings together. A club like Manchester United needs to put targets and I also put targets. I don’t think it is unreasonable target [to finish in the top three].

“Whether it is difficult is another question, but a club like United must always put a target. Within the top three is logical because United always want to be in the Champions League. But we have to produce results, starting on Sunday against QPR.”

September 15 2014: “I want to win the Premier League title. If it is not this year then the second or third year. I want to give a championship to the fans.”

September 29 2014: “Because I do know now I’ve ‘enticed’ (provoked) you. I learnt that word off Mr Ryan Giggs. But he is so modest, so normal, and he is such a great star [APPLAUSE]. No, no, no, you have to listen. Because he is the star of the evening and really deserves that and I am convinced that you are – how do you call it in English? – ‘Ok, this Van Gaal is over, he (Giggs) is the man!’ [LOUD CHEERS].”

November 7 2014: “It is a process. [In] all my press conferences I am always saying the same but with other words. I cannot say when the results are coming. When I did it with Bayern Munich it was 8 December but it could be 1 February here, but it doesn’t matter because it is a three-year process. I have signed for three years.”

“We are looking in a football world where No.1 is the most important thing. Our goal is to be first. But it’s not always so easy, you can see that.

“That’s why the board have said that our goal is within the first four places. But with my players and all the staff, we are trying to achieve more than they expect from us.”

19 March 2015: “It is an honour and a challenge to be coach of United because I was trainer-coach of No 1 (team) in the Netherlands, No 1 in Spain and No 1 in Germany. I had a choice to be manager of different clubs (like Spurs). I have chosen the No 1. I am very proud. I don’t think there are many other coaches who can say that.

“We were in the USA and we played against Real Madrid, Liverpool, Roma, Inter Milan and LA Galaxy, five matches in three weeks, 300,000 fans and I think 280,000 of them in a red shirt. I know that Manchester United is the biggest club of the world.”

March 22 2015: “It can still be five years, I can extend my contract. I have promised my wife but you never know. What I have said before, you always have to be in the situation and then you can decide.

“Now I am in the situation where I have signed for three years because in three years’ time you can build up something. They (the club) would agree with that.I don’t know how I shall react in the circumstances when Manchester United ask me extend, and if I shall do that. But this is my last club.”

April 16 2015: “When you win, third place is reachable. A month ago nobody was thinking that, beside me, of course. That is good because then we have done better than the goal we set in pre-season.”

May 1 2015: “The board of Manchester United have given me three years for that objective (winning the title). This year we have not challenged but we are very close to second and third. Chelsea are far above but next year is different. Next year it will be a different squad but so will all the other teams like Chelsea, Liverpool Arsenal and City and all the others will be different. But you have seen our matches against the top clubs and there is not a big gap.”

2015/16 pre-season notes to supporters: ”My first season at the club was a step forward because we finished fourth and returned to European football. The aim always has to be to improve. None of us will be happy to finish in the fourth position every year, so we must continue to get better.” 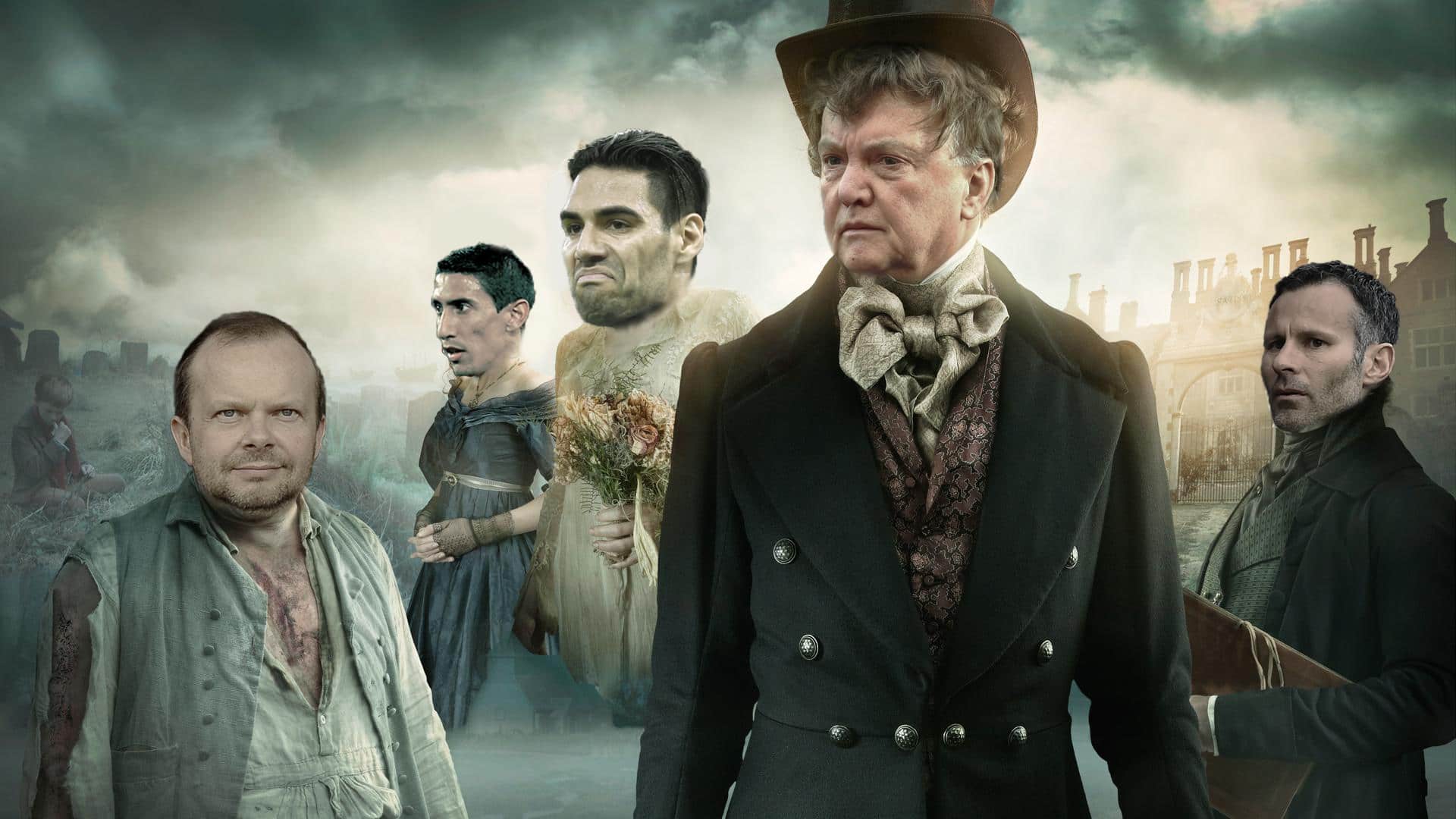 August 25 2015: “They were still younger at that time as we won the final with 18 and 19-year-olds. We have players like Michael Carrick and Bastian Schweinsteiger and at that time it was Frank Rijkaard and Danny Blind who were above the 30-year mark. I believe in the mix. Yes, I believe we can win the Champions League and I believe more in the mix of ages than players only from 27 to 34.”

November 3 2015: “Of course I heard that [boos], I’m not deaf. That’s the opinion of the fans but afterwards they shall not be disappointed.”

December 8 2015: “When you see the facts, we went further in the Capital One Cup (than last season) and qualified for the Champions League group stage.”

December 23 2015: “That was my fault [injury crisis]. I was training them harder but they were not used to training like that.

“In my career I never had injuries like that [last year]. I have always preferred small squads. I think I have the smallest squad in the Premier League. You always have to train but with structure and not too hard.”

December 26 2015: “It is not always that the club has to sack me. Sometimes I do it by myself. I don’t have to say whether I am considering that but it is something I have said before.

“But I am the one who wants to speak first with the board, the members of staff and my players – and not with you. I can also quit by myself but that is something I speak about with Ed Woodward by himself. I don’t have to say that to the media. It is not like that in the football world.”

February 5 2016: “We have the feeling [that we can still win the title] because we have won twice in a row with sparkling football, scored six goals, only one conceded and against opponents who were in great form – Stoke had played Liverpool off the pitch a week before they played us.

February 11 2016: “When you give your fellow employees attention for what they are doing for us, it makes a difference. I am empathetic to the job and I want to be a human being where I work.

“Sometimes players are very fed up with my communication, but that’s what I do and they know how I think. But they know I am very transparent.”

April 21 2016: “We are in the semi-final of the FA Cup and are in the race for fourth position and that was our aim.”

May 2 2016: “When the media is writing for six months I am sacked already… I can cope with that. It is not new for me. For my players, it is not so easy.

“But I am not like that. I am very arrogant. I am one of the best managers of the world.”

May 2 2016: “We have to meet the expectations of the biggest club in the world. Expectations are too high. We are in a period of transition. It is not so easy.” 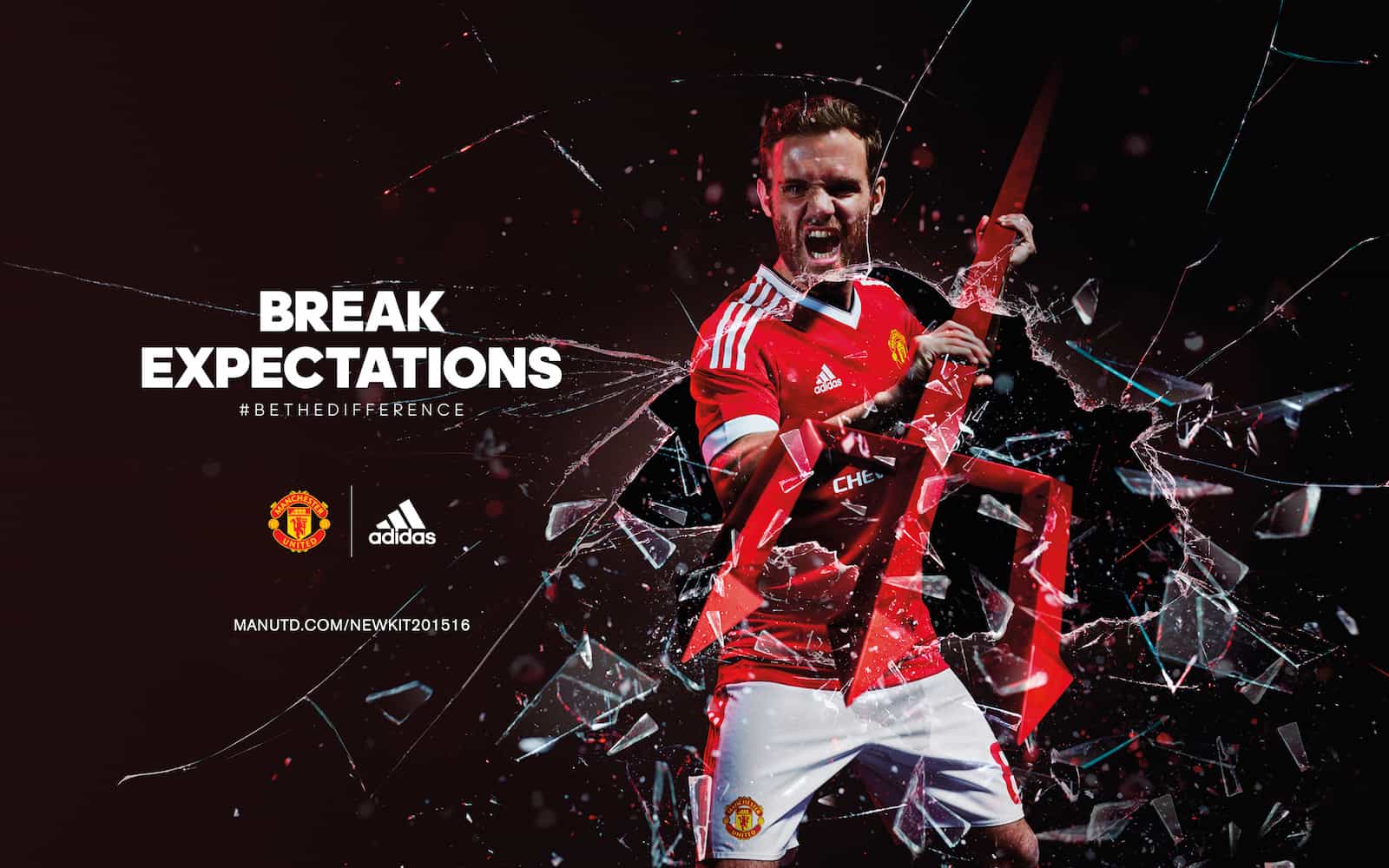 I fully believed in van Gaal. In his first year at United, I saw what he was doing – the process was in effect. I didn’t agree with it all in principle but understood we needed change and we finished in the top four, we had given ourselves the opportunity to build on that this year.

Even up until November 2015 I was in his corner, justifying his flaws with the aim of overall progress but that belief collapsed with United’s title challenge in December. Since then, listening to van Gaal has become increasingly painful to the point where I sometimes find myself seething at his comments. Justification of van Gaal being United’s manager now is nigh on impossible for me.

Poetically, Leicester City winning the Premier League this year has laughed in the face of van Gaal’s process and notion of needing three years to complete a transition. If you can take a club from the brink of relegation to Premier League champions within the space of 12 months, anything is possible.

At the start of the season, Adidas asked United and van Gaal to break expectations. Little did they know those great expectations would be warped, manipulated and bent by van Gaal to create a narrative which was far removed from the one which we have all been led to believe.