Timothy Fosu-Mensah would have been disappointed not to feature in Manchester United’s 1-1 draw against Leicester City last time out and he will be hoping to return to the side for the clash against Norwich City this weekend.

However, the Dutchman conceded a penalty in the FA Cup semi-final against Everton last month and, although David de Gea saved it, it seems to have dented Fosu-Mensah’s chances of starting. Louis van Gaal has options now that Antonio Valencia and Matteo Darmian are back in the fold but Fosu-Mensah has a case to be included in the starting XI against Norwich: 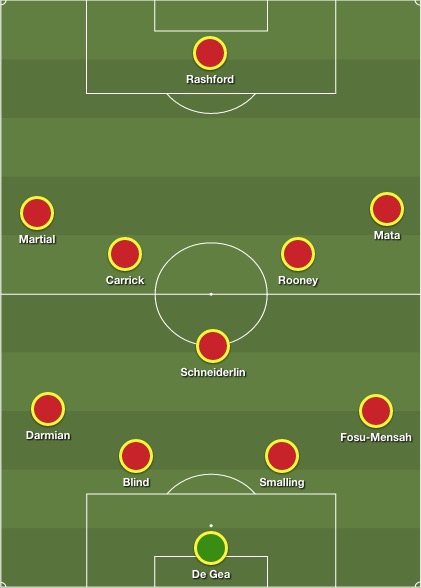 Fosu-Mensah is an excellent talent and there is no doubt that he will be a top player one day.

But with an FA Cup final and a top four finish in the Premier League at stake for United, van Gaal may decide to go with the ‘safe’ option rather than looking to youth.

In the long-term, Fosu-Mensah has a bright future ahead of him at Old Trafford.