Memphis Depay seems like he is intent on staying at Manchester United, if his recent Instagram post is anything to go by, and he will be looking to start and make an impact against Norwich City this weekend.

Memphis was brought to Man United from PSV Eindhoven last year with a reputation as one of the brightest young talents in world football.

However, the Dutchman has struggled at Old Trafford this term and he has been left out of the side in recent months. Louis van Gaal may be tempted to play Memphis against The Canaries as it is clear he is looking to prove a point to fans and pundits: 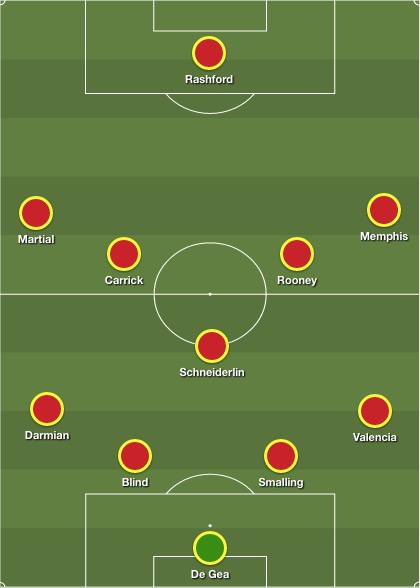 Memphis is an enigma of a player: when he is on form, he is the type of player who excite fans and get them off their seats.

His performances in Europe, in particular, served to remind everyone of what a big talent he is.

But those moments have been few and far between at United this season and there is no doubt that this term will go down as a resounding failure as far as Memphis is concerned. Perhaps a start against Norwich would inject some confidence into the player.