Timothy Fosu-Mensah has been called up to the Netherlands preliminary 31-man squad for upcoming friendlies against Ireland, Poland and Austria.

The 18-year-old’s enjoyed a brilliant year to date having made his Manchester United debut and has since gone on to make nine appearances including four starts in all competitions.

Danny Blind’s decision to include him in the preliminary squad is certainly sooner than Fosu-Mensah would have expected a call-up and his acceleration into the team is another indication of just how highly rated he is. 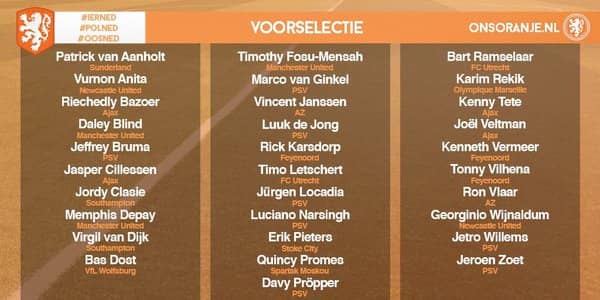 With Netherlands not playing in Euro 2016, these friendlies will be an opportunity for Danny Blind to take a look at some fresh faces and Fosu-Mensah is certainly one who has a bright future ahead of him.

There may also be a different motive behind bringing Fosu-Mensah into the squad because he is also eligible to play for Ghana. Although he’s played and captained Netherlands’ younger teams, he will only be tied to a country once he makes a senior appearance.

There are certain players you watch with the U18s and U21s who just look too good to be playing at that level and Fosu-Mensah was one of those. I’m so glad he was given his chance this year and he hasn’t looked back since.