Marcus Rashford should be raring to go in Manchester United’s clash against West Ham United on Tuesday having missed the 1-0 win over Norwich City last time out.

Rashford was left out of the matchday squad by Louis van Gaal at Carrow Road in order to give him some rest but he should be fit and available for our crucial game at Upton Park.

Meanwhile, Martial injured himself during the warm-up, meaning he missed the game as a precautionary measure, and it sounds like he is going to miss out which is bad news. 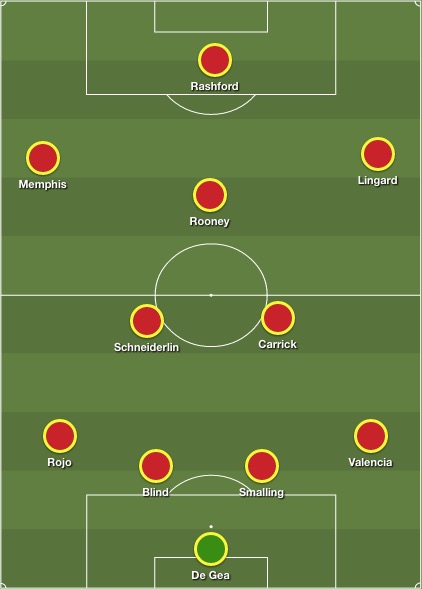 Elsewhere, Marcos Rojo may move to left-back following the injury that Matteo Darmian sustained in the early stages against Norwich.

Darmian was forced off after just 16 minutes to compound what has been a frustrating season for him. Daley Blind, who was rested following a string of successive games, should come in at centre-back against West Ham.

The inclusion of Rashford and Martial should give United more of a cutting edge than they showed against Norwich but they will miss the suspended Marouane Fellaini. The Belgian was excellent in the same fixture in the FA Cup earlier this term.