Ander Herrera had a day to forget in Manchester United’s 3-2 defeat against West Ham United last time out and it would be no surprise to see him dropped in favour of Michael Carrick for the clash against Bournemouth this weekend.

Herrera was too easily overrun alongside Morgan Schneiderlin at Upton Park and it was remarkable that he wasn’t substituted until 83 minutes played.

Carrick, who came on at half time for Schneiderlin, provided a calming presence in midfield and his work led to an improved spell before Man United crumbled late on. The veteran will be hoping to start on Sunday: 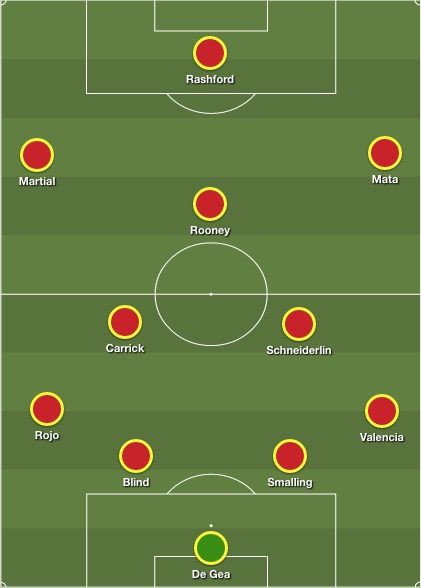 At 34, Carrick is arguably United’s best midfielder, which tells you everything you need to know about how much trouble the club is in right now.

Herrera has earned praise for his performances this term but he fails to deliver on a consistent enough basis.

Daley Blind, too, had a nightmare at centre-back against the Hammers but Louis van Gaal is hardly blessed with a wealth of alternatives. United take on Bournemouth knowing they need a win to stand any chance of securing Champions League qualification but it looks unlikely.