Manchester United headed to Wembley in 1995 with Everton standing in the way of us winning back-to-back FA Cups after our 4-0 thrashing of Chelsea the previous year but with Eric Cantona suspended and Andy Cole cup tied it was never going to be an easy game.

A decade earlier against Everton, Norman Whiteside curled one in the far past beyond Neville Southall to give us FA Cup glory in 1985 but unfortunately history wouldn’t repeat itself this time. In 1995, Southall left the victor.

Here’s the account of James Ellaby’s trip to Wembley: “In the mid-90s, United reached three consecutive FA Cup Finals and won two of them. I went to the one in the middle but at least I didn’t pay for my ticket.

“I actually got to go with my dad because I won a poetry (yes, poetry) competition on GMR (Radio Manchester). My dad heard of the competition and got me on the case of writing something, though I’m pretty certain he helped me out a lot with the concept or may have even written the whole thing. 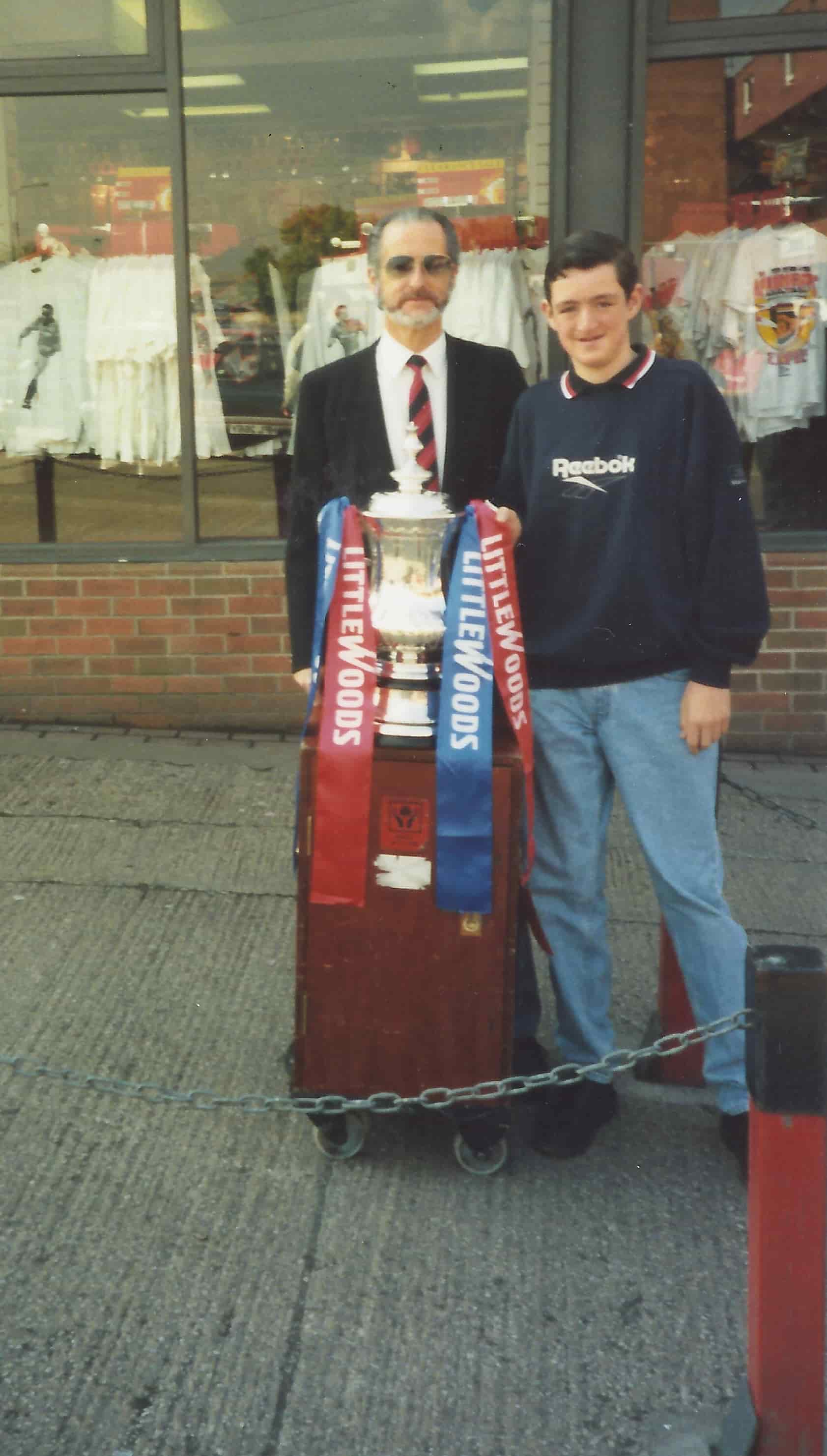 We sent it off and forgot about it until getting the call to say I was one of the winners and that they wanted me to go to Old Trafford to be interviewed on the radio and get my photo taken with the FA Cup and United captain Steve Bruce. So that was pretty exciting, especially as we also met Mark Hughes on the way in (he was soon on his way out of course) and got a photo with him too. 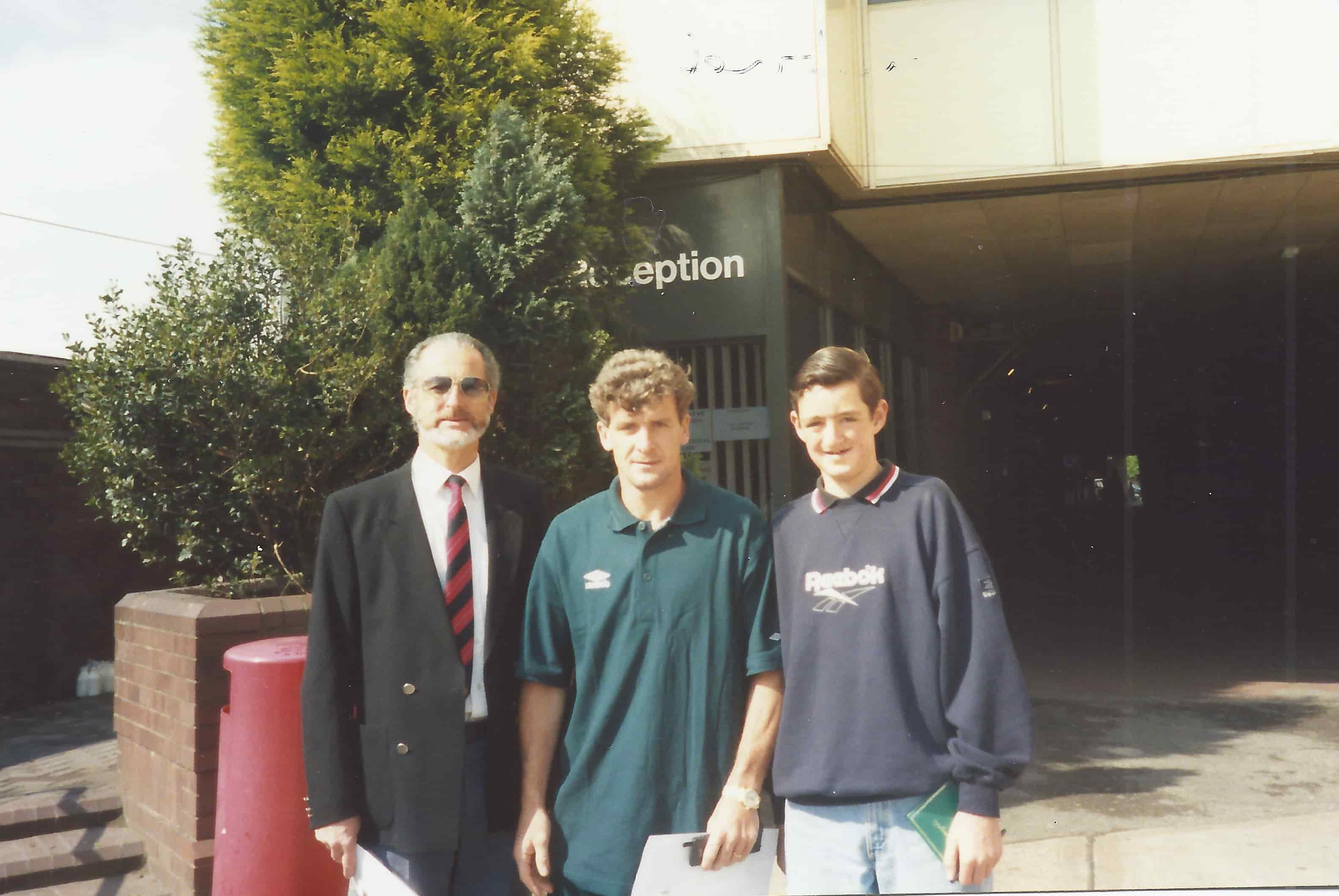 On the day, it was a very long drive down and a really, really long drive back up afterwards. We got corporate entertainment before the match and at half-time, I’m pretty sure Richard Keys was the compere and I’m sure there was some kind of comedian but I’ve blanked out most of my memories of that day. There was more entertainment and food after the game but for some reason we weren’t that hungry and just wanted to get the hell out of there. 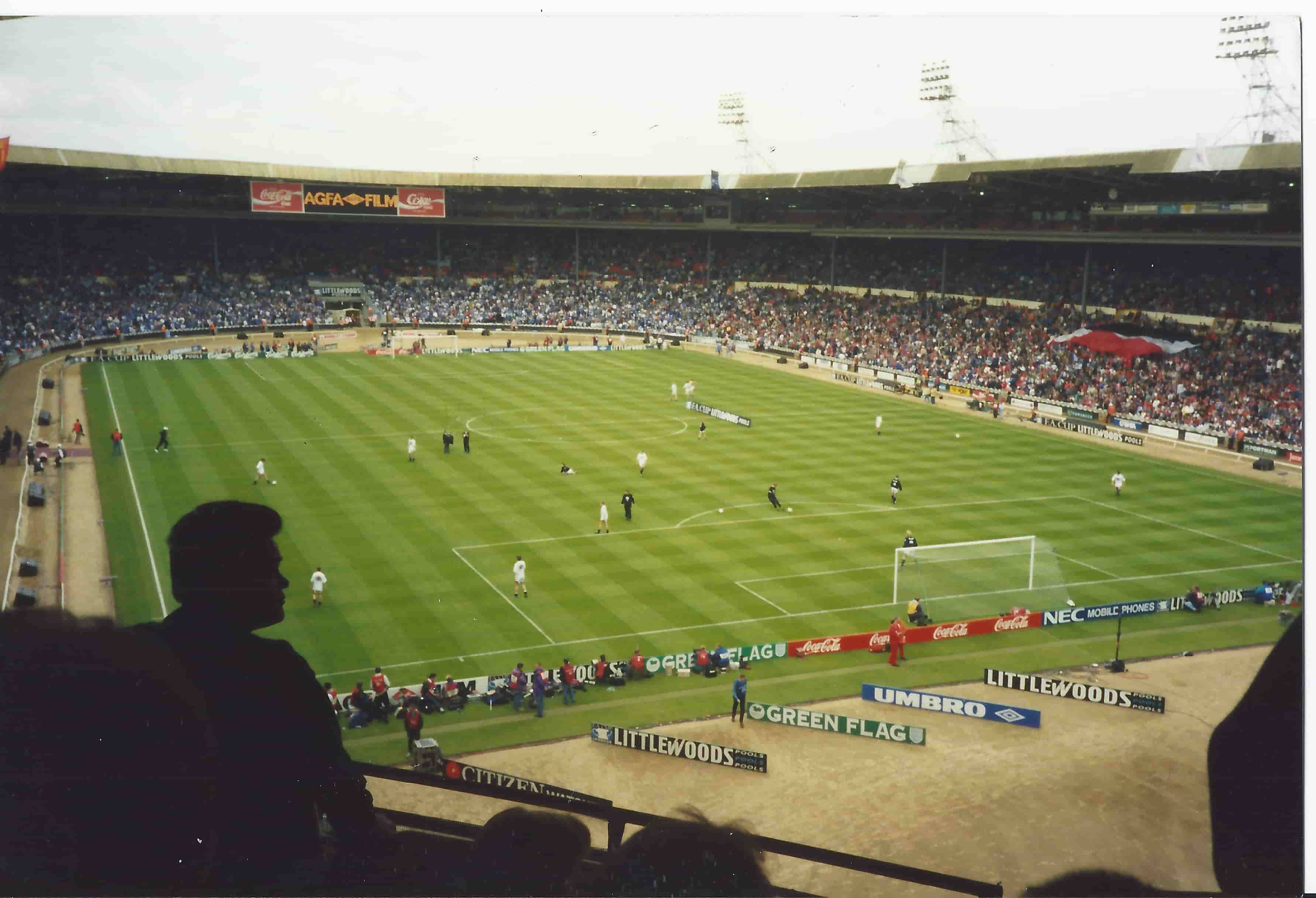 The game itself was dreadful. United were ravaged by injuries and couldn’t play Cantona because of suspension or Cole because he was cup-tied and we’d only just endured that nightmare at Upton Park. Our corporate seats were right up high with a lousy view but it probably helped to feel so detached from what was happening. My main memory is of Schmeichel going AWOL towards the end and me screaming at him to get back in his goal, like it mattered if Everton scored another.

Basically, it was a lovely poetry competition ruined by a game of football. And Paul Rideout. Mostly Paul Rideout.”

Next up in our FA Cup final series in 1995/6 against Liverpool. Ooh aah Cantona! 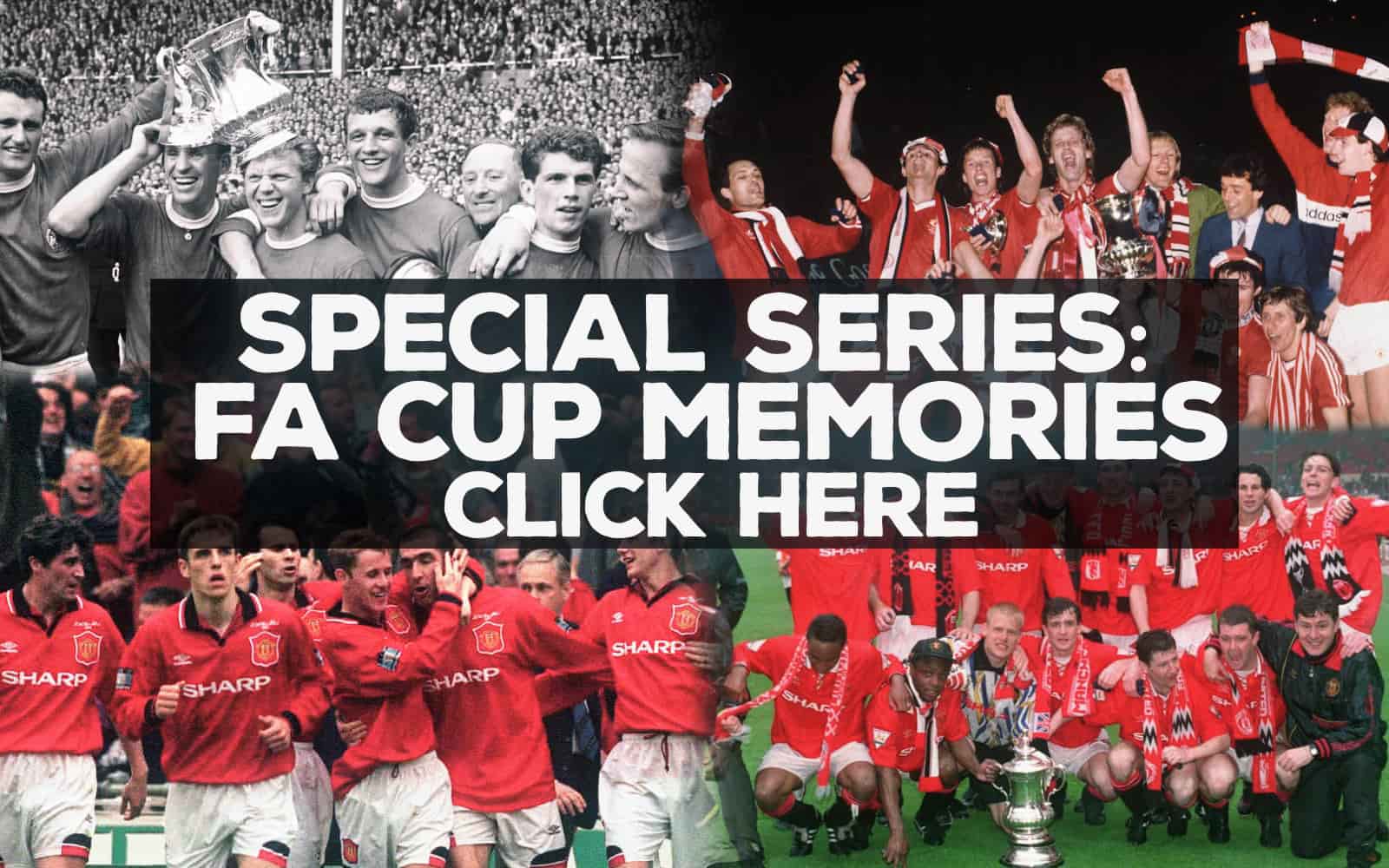