Manchester United have nothing to play for in the Premier League after Manchester City confirmed their place in the top four last weekend (barring an unlikely swing in goal difference) and Louis van Gaal may decide to rest several of his players in the rearranged fixture against Bournemouth on Tuesday ahead of the FA Cup final on Saturday.

City’s 1-1 draw against Swansea City all but ended Man United’s hopes of securing Champions League qualification and attentions will now turn to the Cup final at Wembley.

The clash against Bournemouth, then, comes as a slight nuisance as it disrupts United’s preparations. The likes of Adnan Januzaj, Memphis Depay and Cameron Borthwick-Jackson may all feature as a result: 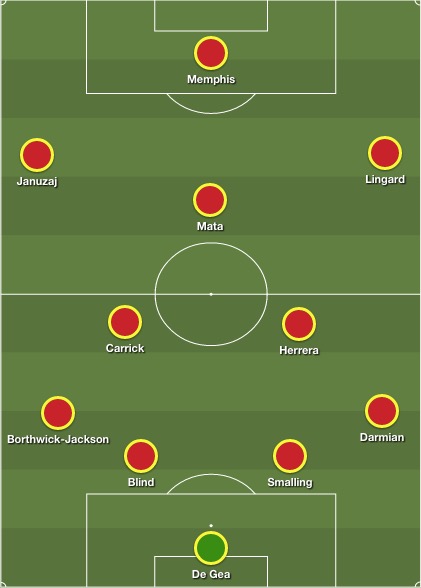 United will be focused on ending the season on a high note following what has been a disappointing campaign.

Van Gaal’s long-term future at the club has to come under question, if it hasn’t already, and winning the Cup may not even be enough to save his job.

Jose Mourinho is said to be waiting in the wings to take over at Old Trafford and it’s safe to say that fans would rather this league campaign be over and done with so the club can start fresh in the summer.