Juan Mata will take no part in Euro 2016 after being left out of the Spain squad by Vicente del Bosque.

The 28-year-old hasn’t had a sparkling season with Manchester United overall but still has nine goals and eight assists to his name in 50 appearances across all competitions. However, that’s not deemed enough by Del Bosque to warrant a spot in the squad.

Speaking about Mata, Del Bosque said: “It pains me but there’s a great deal of competition; and you have to leave feelings to one side”.” 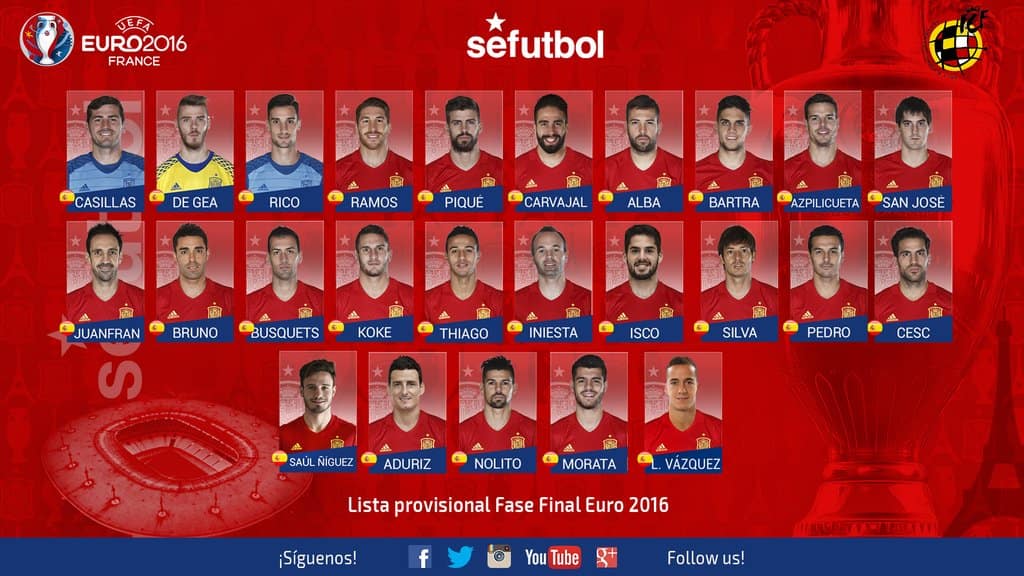 David de Gea has been included in the squad as expected but there is no guarantee he’ll be their No.1 ahead of Iker Casillas. If Del Bosque has any awareness then he’ll put De Gea in after the season he’s had at Man United but his loyalty to Casillas may well just skew his vision.

As for Ander Herrera, he is still yet to make his senior debut for Spain and after the inconsistent season he’s had at United, he was never going to earn a spot on the plane with Spain.

It goes to show just how strong Spain’s squad is when they can leave out Mata, Costa, Torres and Cazorla but still have an excellent squad. They’ll certainly be one of the favourites to go all the way in Euro 2016.