Home » Pictures: Louis van Gaal out banners in a half empty Old Trafford

Pictures: Louis van Gaal out banners in a half empty Old Trafford

Old Trafford was half empty against Bournemouth tonight due to it being rescheduled but of those fans that did make it, a few came adorning ‘Louis van Gaal out’ banners.

Much has been said about the support of van Gaal inside Old Trafford and the Dutchman himself has used as evidence to prove he was doing things right on more than one occasion this season. Suffice to say, that’s not the case any more. 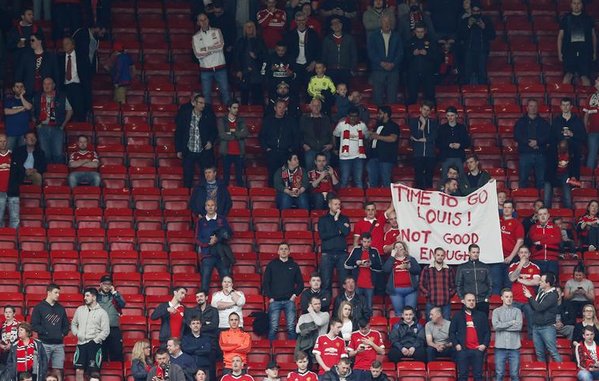 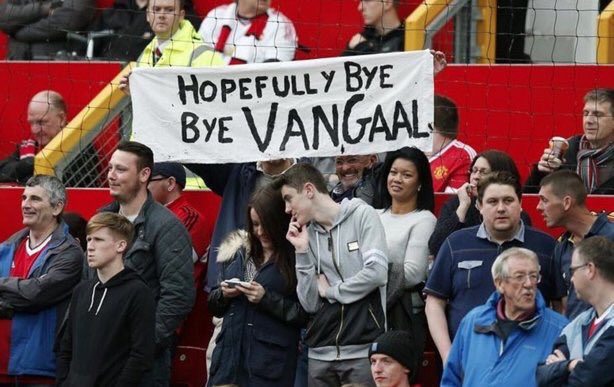 There’s honestly no justification for keeping van Gaal any more and we’ve run over this a million times now. Turgid football has become the norm at Old Trafford and it really wasn’t a surprise to see so many empty seats against Bournemouth, least not because the game was rescheduled.

What’s next for Louis? The FA Cup final on Saturday. After that, is it just a matter of time before the announcement confirming his departure? Most United fans hope so.