Louis van Gaal thanked Manchester United’s supporters in his end of season speech after the full-time whistle against Bournemouth at Old Trafford.

In what was a short and sweet speech from van Gaal, he pointed towards the continued support from fans and said he wanted to bring home the FA Cup in return for that support.

Addressing the Old Trafford crowd, van Gaal said: “Ok, I want to say something. On behalf of my players, of my staff, of myself I want to thank you for the unconditional support of you.

“Wherever we have played, however the things have gone on the field you never let us down. Thank you for that and we want to bring the FA Cup home. To you! You deserve it above every other fan of the club, thank you.”

It’s been a bumpy 12 months since van Gaal’s end of season speech against Arsenal last year and there was certainly a remarkably different feeling inside Old Trafford as well for his speech after Bournemouth for those who turned up. 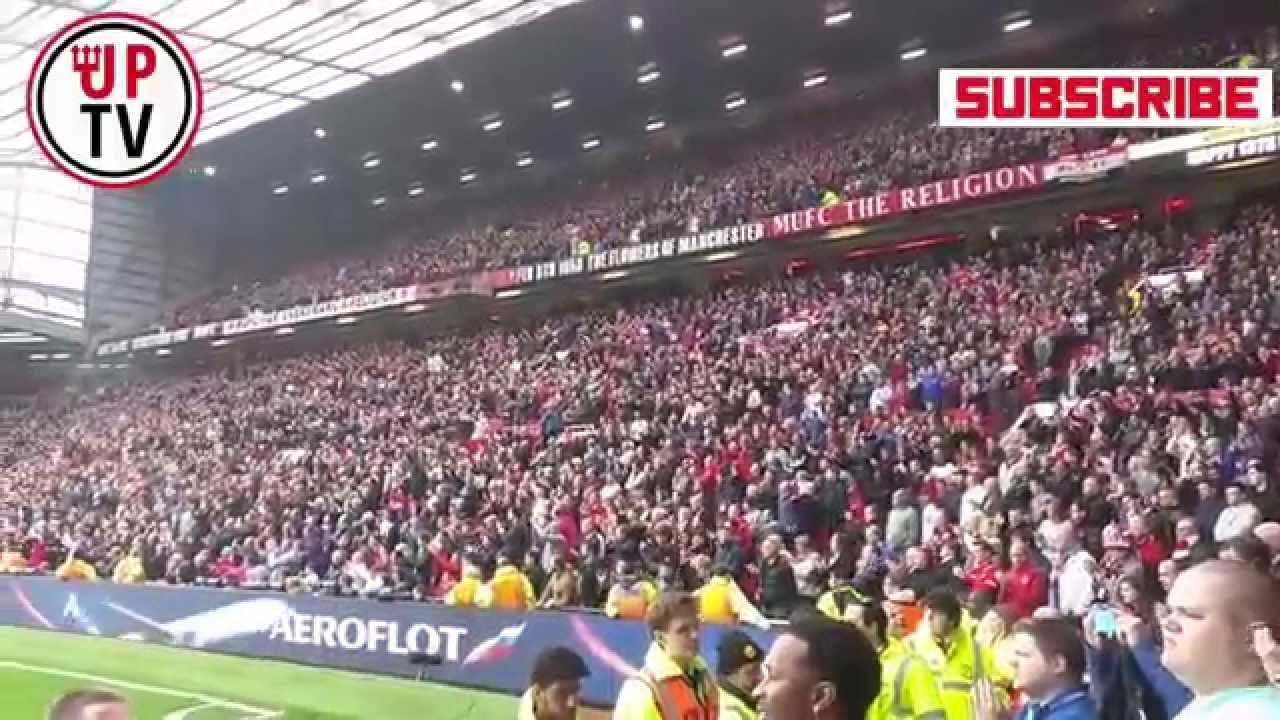 With the FA Cup final on Saturday we have a showpiece fixture to end the season but this may well be the last time we see the Dutchman address the crowd at Old Trafford.

Would fans be sad to see the back of van Gaal? Probably not. He steadied the ship in the first year but ever since we hit a brick wall in December it’s been a downturn we’ve never recovered from. While he’s been a great manager in the past, van Gaal just isn’t right for United and we’re all very much aware of that now.

Finishing with an FA Cup win to end his career would be fitting for a man whose had a brilliant managerial career but in terms of his tenure at United, were it to end now, it has been far from a success overall.